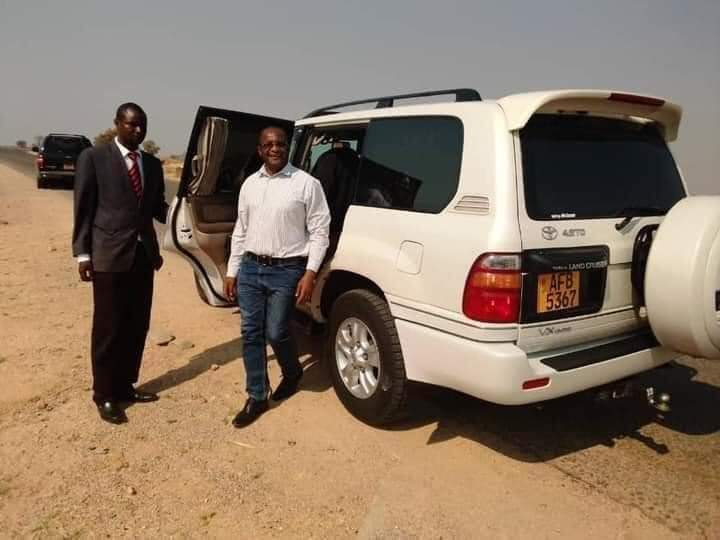 The interim secretary-general of the judicially created MDC-T, Douglas Mwnzora has been accused of fanning tribalism and violence in the party.

Reports suggest that Mwonzora is one of several senior MDC-T leaders intending to challenge interim leader Thokozani Khupe for the presidency at the party’s belated extraordinary congress whose date has not yet been announced.

In a leaked 14-minute audio conversation linked to Khalipani Phugeni, who doubles as Khupe’s spokesperson and acting party spokesperson and an unidentified party official, Mwonzora is accused of having said Ndebeles are dogs. Phugeni says:

So, we told him that you mobilise people to abuse us tribally and you come and sit here. You are not even fit to a chairperson of a burial society.

He (Mwonzora) had no one supporting him, he was isolated. So, I am not surprised, you see today he is coming out and say ‘this war in Matabeleland’, you can’t be surprised we have people who say Ndebeles are dogs in his campaign.

… Such blatant tribalism and you have the guts to be in the standing committee to try and defend that!

The party’s USA structures expressed unhappiness over Mwonzora’s alleged abuse of his position to frustrate other contenders. A letter dated 31 August and addressed to Mwonzora and also copied to all members of the party’s standing committee read in part:

Tribalism has again reared its ugly head in the MDC-T. The victim is not only MDC-T acting president Dr Thokozani Khupe but the rest of the Ndebele people. Abuse of Dr Khupe seems to be a popular pastime of your supporters.

Mwonzora was also reminded of having sided with MDC Alliance leader Nelson Chamisa when he took over control of the party “illegally” in 2018 and hobnobbed with the Alliance until they rejected him at the Gweru Congress.