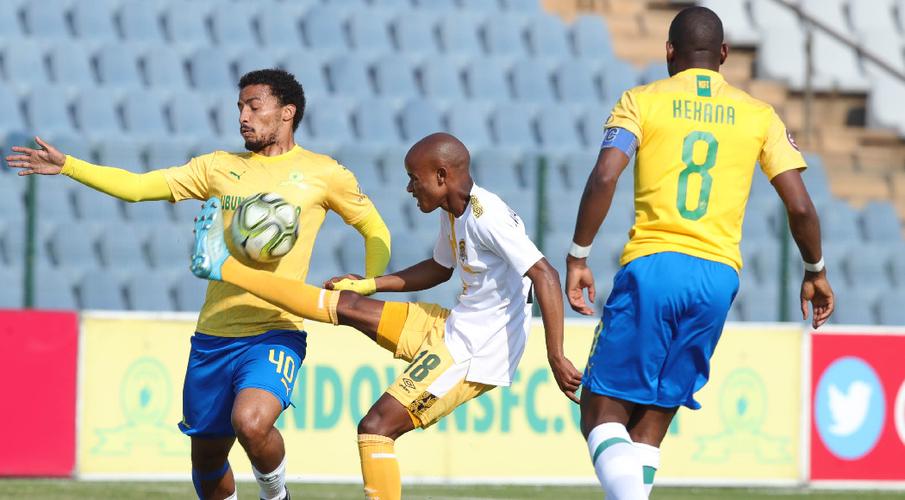 Mamelodi Sundowns were crowned Absa Premiership champions for the third season in a row following a 3-0 win over Black Leopards at Dobsonville Stadium on Saturday afternoon.

All the Brazilians’ goals were scored by Lebohang Maboe and the club finished the season with 59 points, two clear of rivals Kaizer Chiefs who could only manage a 1-1 draw against Baroka FC.

Defeat condemns Leopards to the promotion/relegation playoffs where they will battle Ajax Cape Town and Tshakhuma Tsha Madzivhandila for a place in South Africa’s top-flight next season.

Meanwhile, Kaizer Chiefs’ Absa Premiership title hopes went up in smoke after they were held 1-1 by Baroka at the Bidvest Stadium.

The Amakhosi needed only to match Sundowns’ result against Black Leopards, but after claiming the lead they were unable to push on and secure the three points.

Khama Billiat scored for Chiefs in the 39th minute but Baroka restored parity in the 59th minute through Manuel Kambala.