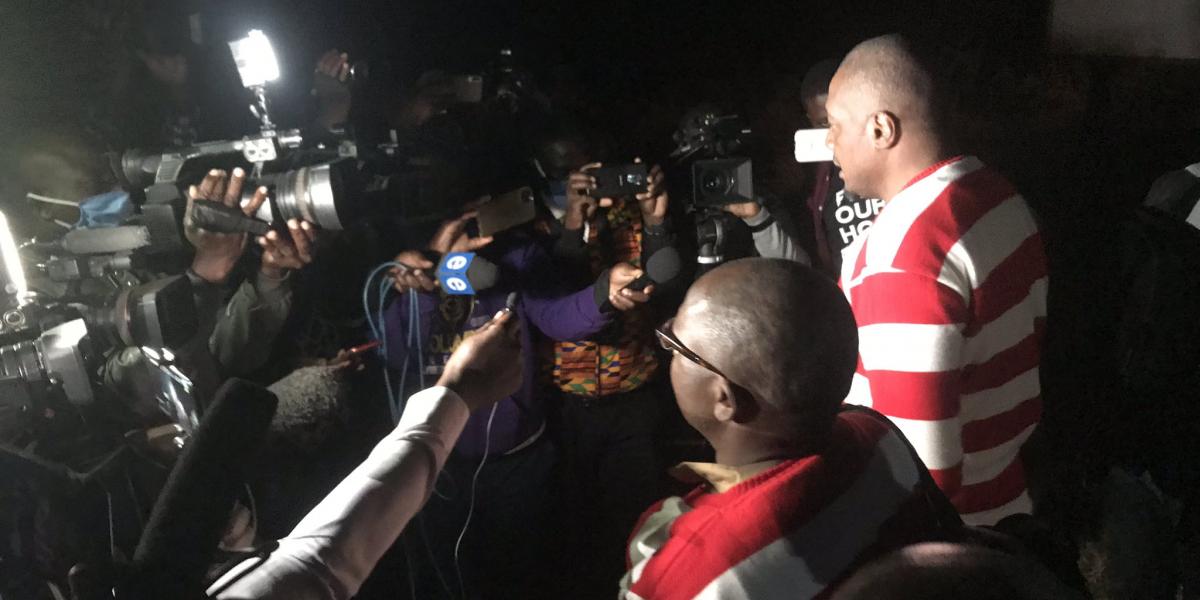 FREE AT LAST. This is Hopewell and Jacob!

Investigative journalist Hopewell Chin’ono on Wednesday night declared that despite being banned from using Twitter by the High Court, he will use Facebook and write for local media to expose corruption.

Chin’ono was arrested on July 20 and released from detention on a ZWL$10 000 bail on September 2 by High Court judge Justice Tawanda Chitapi.

Chin’ono, flanked by Transform Zimbabwe leader Jacob Ngarivhume, who also got his freedom yesterday, told journalists outside Chikurubi Maximum Prison following the pair’s release that he remains indefatigable. He said:

I remain strong. In fact, I was talking to my friend Jacob (Ngarivhume) that if these guys knew the mistake they made by taking us in there because we have seen things we only used to hear about and we were not sure about but now we know and we can write authoritatively about those things.

It is part of dictatorships. They disable you. The reason I was put in there is that, with a lot of other journalists, we were exposing corruption.

They have removed me from twitter but not from Facebook so I will continue to write on Facebook and also I will write for local media about my experience in this place.

Justice Chitapi released Chin’ono from remand prison on his fourth attempt at bail but gagged him from posting messages using his specific twitter handle.

Chin’ono was also ordered to reside at the given address, to report at a Zimbabwe Republic Police station two times a week, and surrender his passport until finalisation of his matter.