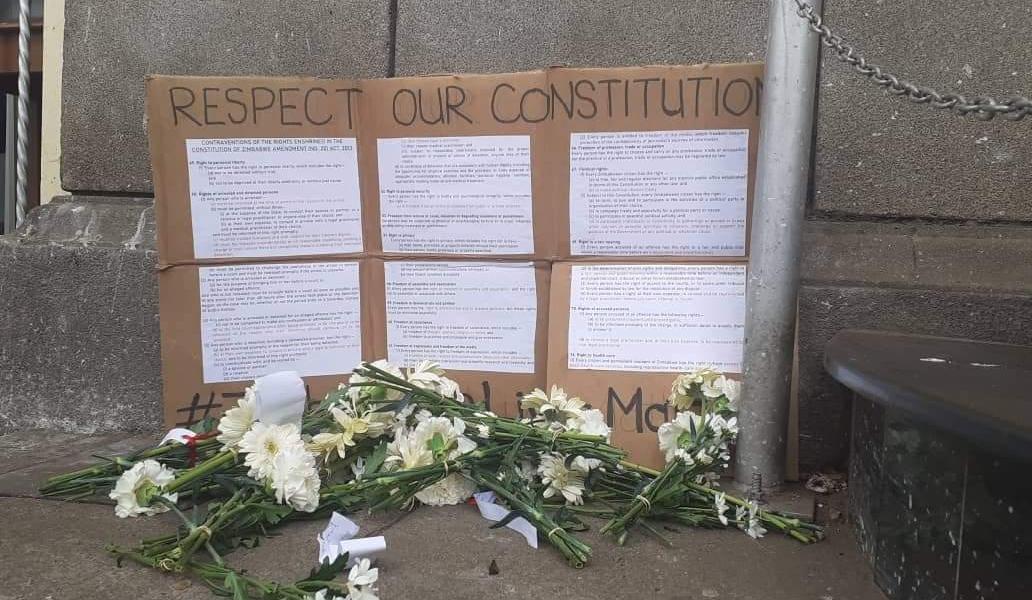 Lawyers in Harare staged a silent protest at the High Court against the serious violations of the national Constitution (02/09/20).

The lawyers’ main objective was to highlight their concerns about how President Emmerson Mnangagwa’s government was abusing the Constitution and not respecting the rule of law.

They placed white flowers in the form of a wreath before a placard that was inscribed: “Respect our Constitution, Zimbabweans Lives matter”.

The demonstration followed the arrest and prolonged detention of several political and human rights activists.

The lawyers complained that the State was implementing justice in a politically motivated manner.

Hopewell Chin’ono, Jacob Ngarivhume and Godfrey Kurauone were detained for over a month and were denied bail several times.

Chin’ono and Ngarivhume were finally granted bail on Wednesday after spending the greater part of 43 days in leg irons at Chikurubi Maximum Security Prison.

One Comment on “Zimbabwean Lawyers Stage Demo At High Court”