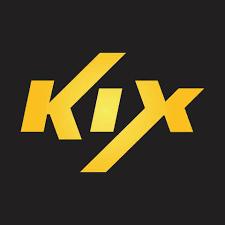 Fans of martial arts and combat sports will have a wealth of entertainment coming their way when a new channel called Kix launches on DStv in October.

Kix is a channel launched in August 2009 and broadcasting from south-east Asia with a focus on martial arts and combat sports, and also features live tournaments of these activities.

Liz Dziva, publicity and public relations manager of MultiChoice Zimbabwe, said a large number of Zimbabwean viewers would enjoy the content provided on Kix, a 24/7 channel that has a major international following among the 18-45 age groups. She said:

The channel’s slogan is ‘get into action’ and a wide range of action is just what is offered.

The content on offer includes movies, series and live events from both eastern and western sources, and presentation is all in English.

Kix will launch on DStv channel 114 on Friday, October 1 and will be available to DStv Premium, Compact Plus and Compact viewers.

Schedules will be found at www.dstvafrica.com.