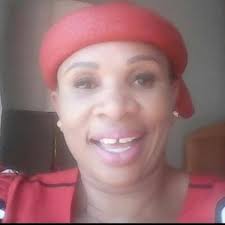 Masotsha is alleged to have played a part in the abduction of Tawanda Muchehiwa, an opposition activist, who was seized from a vehicle in broad daylight by five armed men who tortured him for three days before dumping him badly injured near his home.

Hwende disclosed that the party has directed its Organising and Security Departments to look into the issue. He said:

We have noted the allegations made against our Chairlady of our Bulawayo Province and we have referred the matter to both our Organising Department and Security Department for further investigation.

In his account, Muchehiwa said on the day he was abducted, on 30 July 2020, he received a call from Masotsha, who said she had flyers that could be used in the protests the next day and wanted to his help in distributing them. He said:

At around mid-morning on July 30, my cousin Advent Mathuthu was driving to a hardware shop on Fife Avenue Extension. I asked to accompany him.

While in town, I received a call from Masotsha, who said she had flyers that could be used in the protests the next day. She parked her vehicle and jumped into our BMW, carrying only a handbag.

… Advent was in a rush and needed us to secure the material at the hardware shop, so he drove off and we agreed we would drop Masotsha by her car on our return.

Muchehiwa further revealed that after his abduction, his two cousins were arrested and later released yet Masotsha, who had brought all his troubles, was neither charged nor arrested.

This has led to suspicions that Masotsha either voluntarily or under duress led the abductors to Muchehiwa.