The Meteorology Services Department(MSD) has released the following weather forecast which states that 5 of Zimbabwe’s Provinces, Masvingo, Manicaland, Midlands, and Matabeleland are likely to receive light showers this week between Sunday 30 August and Tuesday 1 September.

The department further went on to warn people against being outdoors during the showers as it forecasted that lighting and thunder will be a likely occurrence and reminded farmers with winter crops that dry conditions are expected after the showers.

MSD went on to explain that:

A weak cloud band has begun infiltrating the western border of the country, hot, Botswana into both Matabeleland North and Matabeleland South Province. At the same time, relatively cool and moist winds from South Africa are beginning to establish. As such, cloudy, windy and showery episodes are expected on Sunday evening 30 August into Monday 31 August in Matabeleland South, Masvingo, southern parts of the Midlands, Manicaland and Bulawayo Metropolitan into the southern areas of Matabeleland North. These showers may be violent in places (coupled with lightning, hail and strong winds).

Thereafter, the light rains and drizzle should steadily ease off with chilly and cloudy conditions over Matabeleland South, Masvingo, southern parts of the Midlands, Manicaland on Tuesday 01 September 2020. 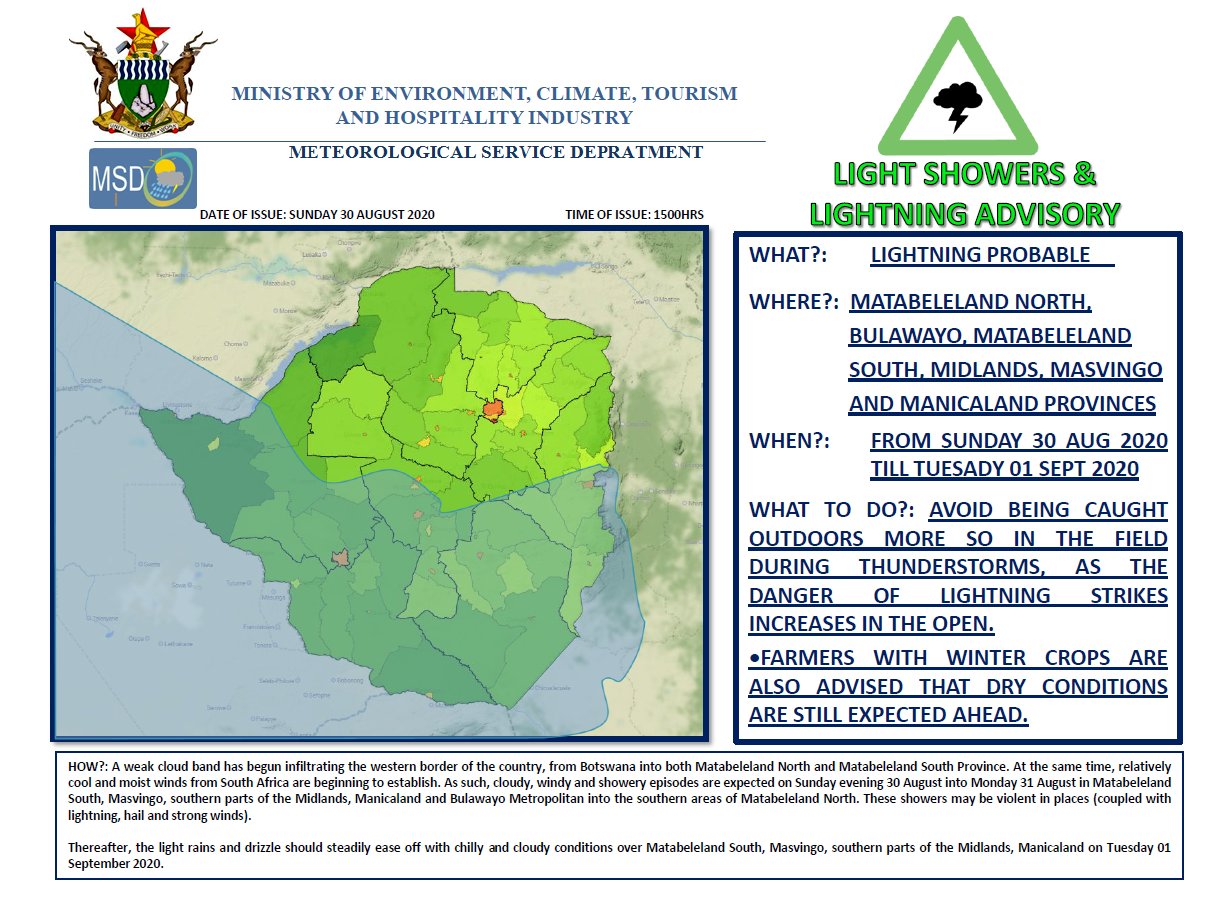