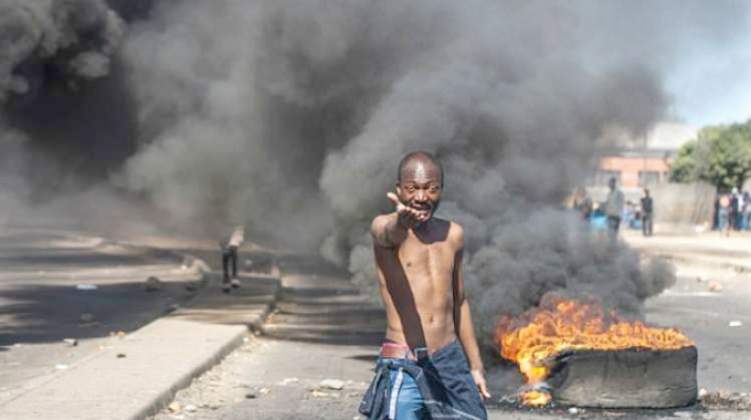 In the video below, Josphat Ngulube speaks about seeking South African Police protections as he said suspicious people are trailing him. The political activist spoke to Peter Ndoro from an undisclosed police station. According to SABC Ngulube was with his niece when they spotted their tail:

Zimbabwean Activist and his niece have been forced to seek refuge at a South Africa police station after been followed by suspicious vehicles. Activist Josphat Mzaca Ngulube told SABC News he and his niece Noxolo Maphosa, who recently fled to South Africa following her abduction, torture, and sexual assault in Zimbabwe had to seek refuge at a police station after suspicious vehicles had camped at a place they were staying.

Ngulube fled Zimbabwe for South Africa after it emerged state security agents were looking for him in connection with the 31 July planned protests.

WATCH: Josphat Ngulube Speaks To SABC From A South African Police Station He Is Seeking Protection From