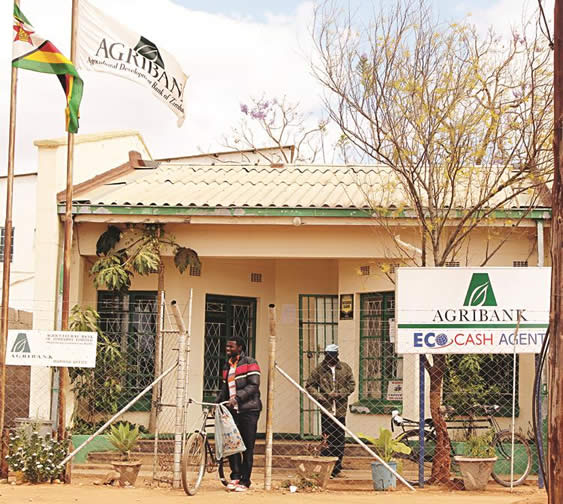 After President Mnangagwa’s announcement that the Agribank will now be turned into a land bank that will offer technical and financial support to farmers, The Brett Chulu Column in the Zimbabwe Independent sought to explore how the land bank will ensure that it has high-quality borrowers.

Today’s instalment explores ways in which a land bank in Zimbabwe can be made to work. This article is not looking at how the land bank should be funded. It looks at the more critical issue: how can the proposed land bank ensure it books quality assets (high quality borrowers)?

It would be naive to expect government to let the private sector have a controlling stake in a land bank given the political sensitivity of agriculture in Zimbabwe. Political influence will have to be taken as an environmental factor that must shape an appropriate strategic response.

The first hurdle the land bank must clear is lack of securitisable assets from virtually every farmer in Zimbabwe, except for the few black farmers who have titled land where government has issued Certificates of No Present Interest.

Statistically, 90% of farmers in Zimbabwe are from old resettlement areas, communal areas and A1 farms. These do not have land rights that are acceptable as collateral by commercial banks. About 95% of the national herd is in the hands of these same farmers.

Apparently, these same farmers account for 70-80% of Zimbabwe’s grain production. Historically, non-titled black farmers produced most of our grain in the post-Independence era before and after the fast-track land reform programme.

This dominant cohort is the one that gave the Agriculture Finance Corporation (AFC), Agribank’s immediate predecessor financial challenges as the AFC made loans of small amounts to about 100 000 farmers. These farmers were given token loans by the AFC for inputs based on a track record of output. To get around this challenge of issuing loans supported by disproportinately high economic costs, the land bank should treat the non-A2 farmers as business people, not as some charity cases that should be pitied upon. It is not true that these farmers have no securitisable assets; they do.

They have biological assets in the form of livestock such as goats, sheep and cattle. We need to look no further than the ancient Near East culture — the wealthiest people were so-called based on the biological assets they held. In the Bible, notable figures classed as fabulously wealthy such as Abraham, Isaac, Jacob, Job and Nabal had their wealth anchored on biological assets.

We know that 90% of Zimbabwe’s national herd is in the hands of these non-A2 farmers — that is serious wealth. That wealth is private property and therefore is transferrable and tradable. The land bank has no option but to consider goats, sheep and cattle as securitisable assets against which they can lend money to farmers.

All that is needed is a mental shift. If we do not, history will record that whereas the Union Jack came down in 1980, it remained flying at full mast in our minds. The land bank can form a subsidiary in agro-business that holds these assets. These biological assets grow by way of multiples — essentially they are top quality assets that behave like loans themselves — but infinitely better. The livestock deposited as security can potentially give birth (this is like interest). If the land bank treats non-A2 farmers as respectable business people, the bank will unlock a very profitable clientele that needs no subsidies and hand outs from government.

The second hurdle to be overcome by the land bank is dealing with A2 farmers. These have the largest farms but have no transferrable or tradable land rights. To a large extent, it can be argued that A2 farmers are the direct replacement of former white commercial farmers.

The AFC, from its inception on April 1, 1971, dealt with a business cohort of tested commercial farmers with a proven track record of production. This cohort presented lending business opportunities for the AFC within acceptable risk levels. Even post-Independence, the titled commercial farmers were the most profitable cohort for the AFC. Post-2000, A2 farmers presented a business risk beyond the commercial lending risk appetites and benchmarks for two reasons. First, land reform made land as securitisable asset redundant.

What is the best way around this sad reality? There are two realistic options that can be combined. The third option is not viable under our current political circumstances. First, the land bank should treat A2 farmers the way the AFC did to the non-commercial farmers. The land bank has to lend A2 farmers based on a track record of output.

Admittedly, this will limit the loan amounts they will be issued. These A2 farmers have already benefitted from non-market government farming schemes and they are expected to have some of the equipment they got. These benefits should reflect in their production records.

The second option is for the land bank to accept biological assets owned by A2 farmers as securitisable assets. The risk of default should fall on A2 farmers, not the taxpayer. The third option is making the 99-year leases marketable. That would allow the market to exit unsuccessful A2 farmers and select productive farmers. This third option is not within the control of the land bank; the land bank cannot strategise on promises of making A2 farm leases transferrable — it will be strategic naivety.

In short, the land bank should lend to both non-A2 and A2 farmers based on biological assets and a track record of production. Farming is a business. Business people are not charity cases. As such, the land bank cannot be a charitable organisation.