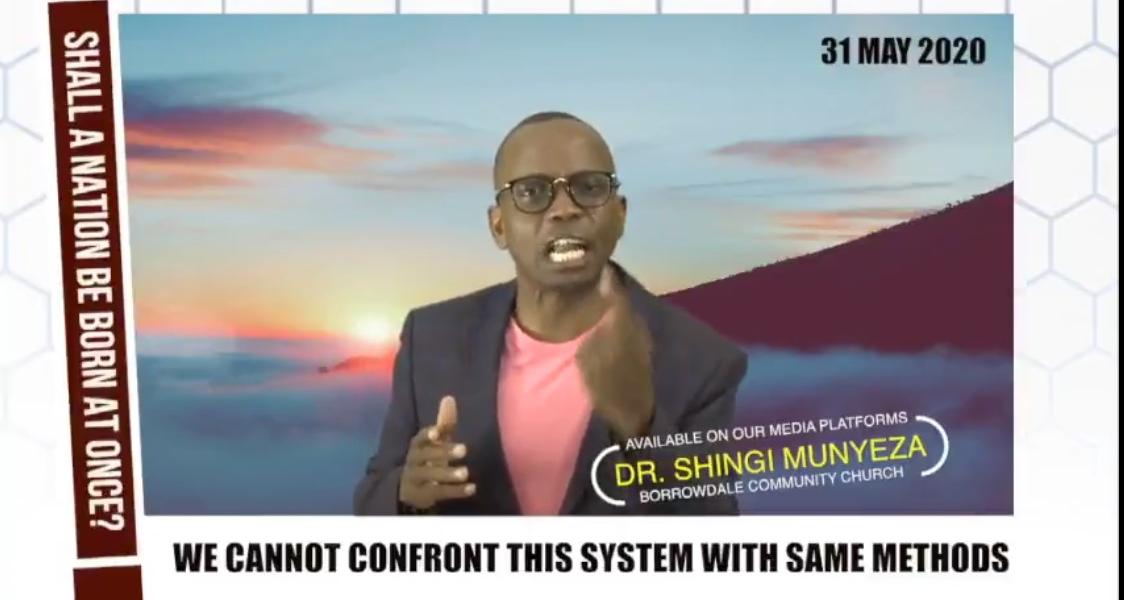 Zanu-PF online based crusader – Matigari has dared Harare preacher Dr Shingi Munyeza to resign from the Presidential Advisory Council (PAC) which the clergyman regards as an “occult.”

This comes when Munyeza has joined several other people who have been criticising the President Mnangagwa-led administration over bad governance and human rights violations.

Matigari also speaks when Alex Magaisa, the former Chief of Staff in the office of the former Prime Minister – the late Morgan Tsvangirai, had labelled Munyeza an “enabler” of the state.

Magaisa who is also a law lecturer in the United Kingdom said the preacher was openly criticising Mnangagwa and was not being harassed like other government critics because he was enabling the regime.

In response to Matigari’s challenge, Munyeza said he was invited to join PAC by its principal and will “remain resolute”.

His remarks suggested that he will not be resigning from PAC, an avenue some say is his means of getting material wealth from the state.

Matigari’s remarks also echoed those of many who advised Munyeza to quit PAC if he genuinely meant what he says against the Mnangagwa led administration.