The MDC-T party led by Thokozani Khupe has submitted to the Zimbabwe Electoral Commission its list of candidates to replace expelled MDC Alliance Proportional Representative legislators who were expelled from Parliament at the former’s instigation.

The MDC-T has nominated seven (7) candidates to fill the MDC Alliance’s vacant seats in the National Assembly, with Khupe top of the list.

The party has also submitted to ZEC eight (8) of its members to fill the MDC Alliance vacant seats in the Senate. Below are the lists: 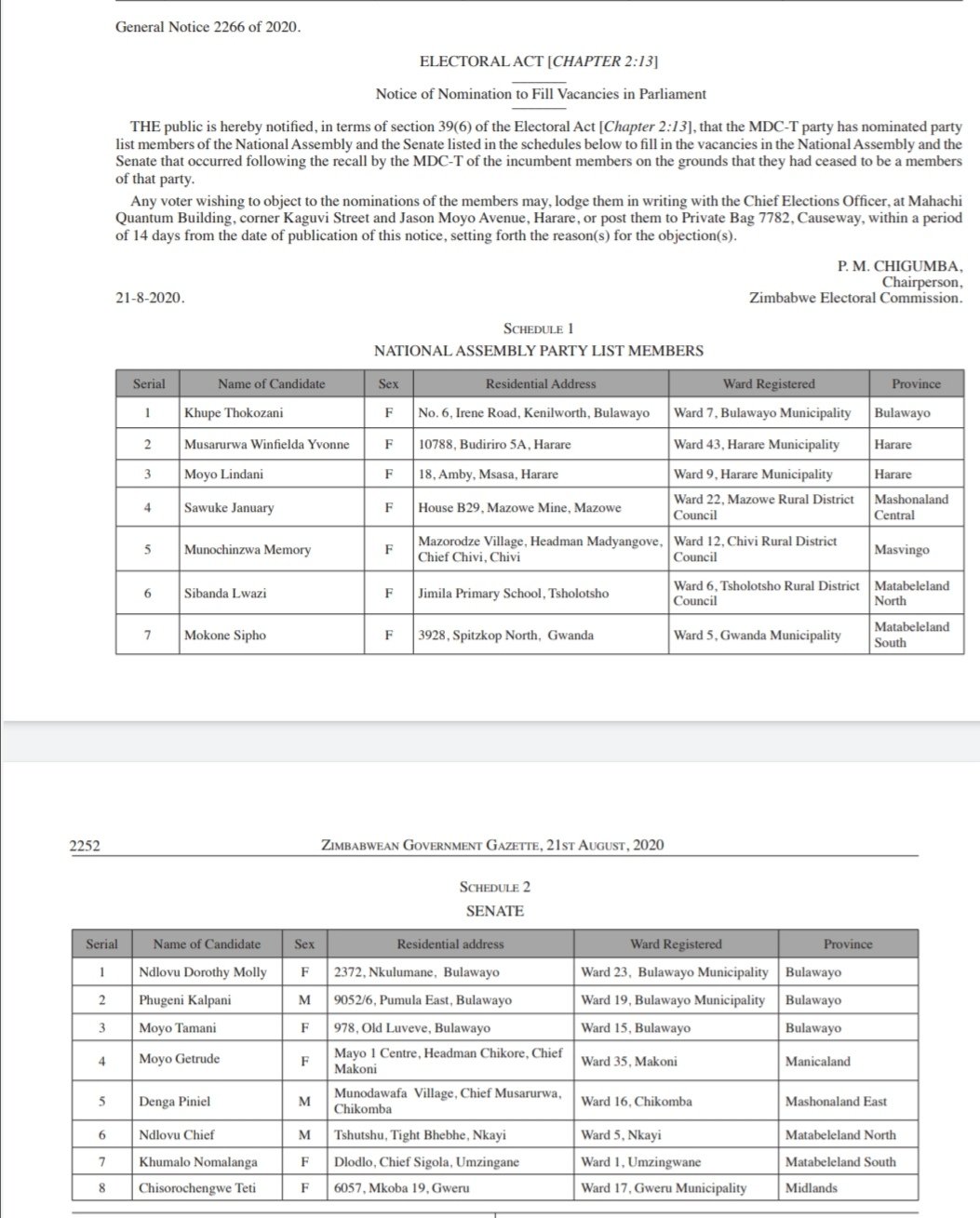