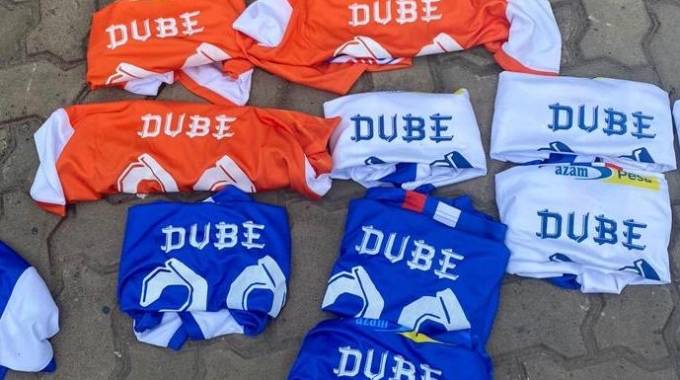 Local football administrators believe that it will be a landmark development for Zimbabwe football if Somvubu Secondary School succeeds in getting a development training compensation fee for their former pupil Prince Dube.

It is thought that it will set a precedent for other primary and secondary schools as well as junior clubs that have always received nothing from the big clubs that just sign these youngsters, without compensating those responsible for developing the player.

The school, which is located in Bubi District, Matabeleland North, has demanded compensation from Dube’s new Tanzanian club, Azam.

Dube played football for Somvubu while he was a pupil at the school from the age of 14 from 2011 to 2014 when he signed a pre-contract with Highlanders.

An unnamed experienced football administrator told the Chronicle that if Somvubu Secondary can prove that Dube was their and also played football for them, they may get their money. He said:

This will be an interesting case in the Zimbabwean context. We shall be following developments closely.

Junior clubs and schools should not die as long as their products continue excelling at the professional level if recipients remit training compensation fees.

For this particular case, as long as that school can prove that the player was their pupil and also played football for them, they might get their money.

The football administrator added that all the school has to do now is write an official letter to the Zimbabwe Football Association (ZIFA) seeking its training compensation fees. ZIFA will contact its Tanzanian counterpart, which will inform Azam about the development.

The Regulations on the Status and Transfer of Players Article 20 stipulates that training compensation shall be paid to a player’s training club when he signs his first contract as a professional and each time a professional is transferred until the end of his 23rd birthday.