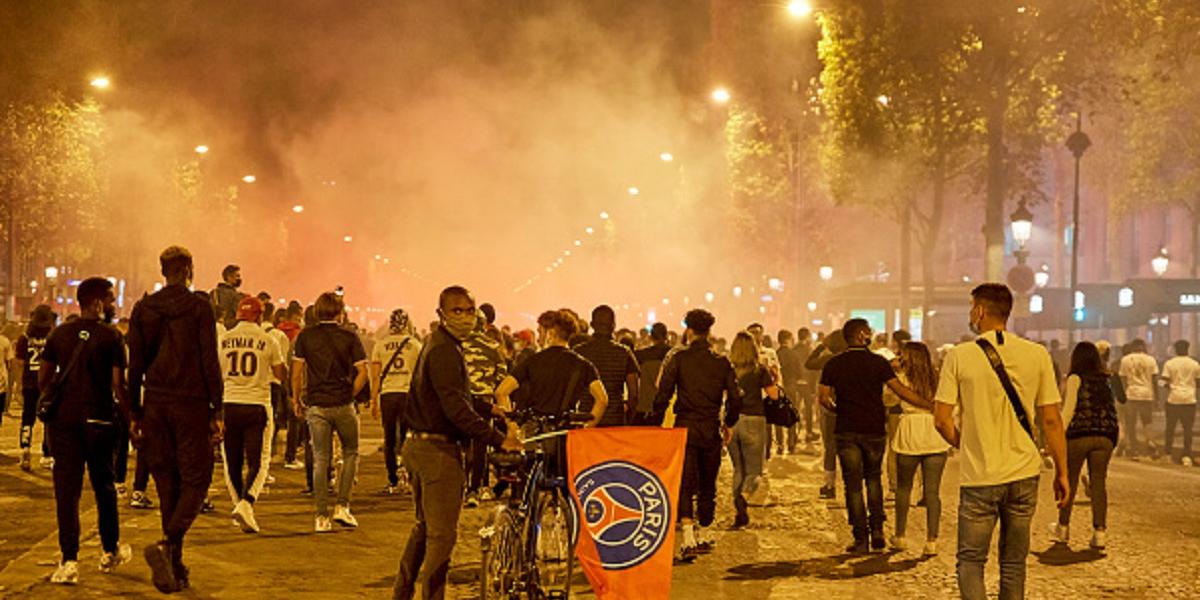 Police in Paris, France, say about 148 Paris Saint Germain fans have been arrested after setting cars ablaze and vandalising shops in response to a UEFA Champions League 1-0 defeat at the hands of Bayern Munich in Portugal last night.

The supporters were left frustrated after the French giants failed to convert a number of opportunities into victory and the French international, Coman punished them.

PSG had a number of opportunities especially in the first half when the club’s forwards – Kylian Mbappe and Neymar Junior’s strikes were saved by Neuer.

The French Ligue 1 cup winners were in the finals for the first time and had high hopes after a spectacular display in the lively first half.

Around 5 000 supporters had reportedly gathered at Paris’s Parc des Princes to cheer on PSG, lighting flares and chanting as they watched the 1-0 defeat in Lisbon on a big screen.

After the clash at the ground, late-night clashes erupted on the Champs-Elysees, where vehicles were set on fire, windows broken and shops vandalised.

Supporters previously clashed with police following their 3-0 win over RB Leipzig in the semi-finals.