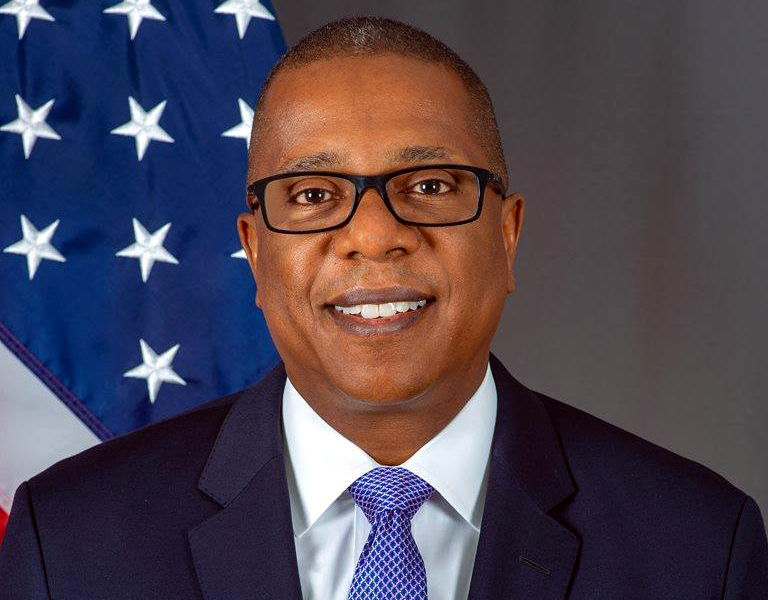 US Ambassador to Zimbabwe Ambassador Brian A Nichols for the first time since he was called a thug by Patrick Chinamasa at a press conference, spoke about the human rights issues bedevilling the country that has seen law enforcement agents arresting, abducting and torturing people on different occasions.

This is an opportunity for the institution (SADC) to stand up to the excesses that are taking place here in terms of human rights abuses. And this is an opportunity for SADC to promote a more prosperous region The step SA has taken in sending its special envoys here is very positive. The statement from the AU was a very positive step. All those people of goodwill will come together to support Zimbabwe at this difficult moment. There’s widespread concern about where Zimbabwe is headed and people who are legitimate friends of Zimbabwe are deeply worried

We have had a couple of high-level meetings with President Mnangagwa. From Washington, secretary of state for African Affairs, Tibor Nagy has met with President Mnangagwa twice once on the margins of the UN General Assembly in 2018, and then last year at the African CEO Summit in Maputo. At that time we talked about our desire to have a stronger relationship. But that depended on this government pursuing strong and irreversible reforms and, unfortunately, we are waiting for many of those reforms still to take place,

On Zimbabwe’s leading political parties engaging in a dialogue that could be the first step to resolving the country’s political impasse, Ambassador Nichols said:

That is something that we have supported for the last couple of years. Several civic society organisations are advocating for that solution. How that dialogue progresses and what agreements come out of it, will depend on the people of Zimbabwe. It will depend on all the political, economic and social actors and religious communities coming together and having a conversation centred around how we deal with the challenges of the economic crisis, how do we deal with corruption, as well as health-care issues, and how do we come up with a living wage.

Harare has however remained adamant in insisting that there is no crisis in Zimbabwe despite opposition parties being hunted and being arrested for exercising their democratic right.