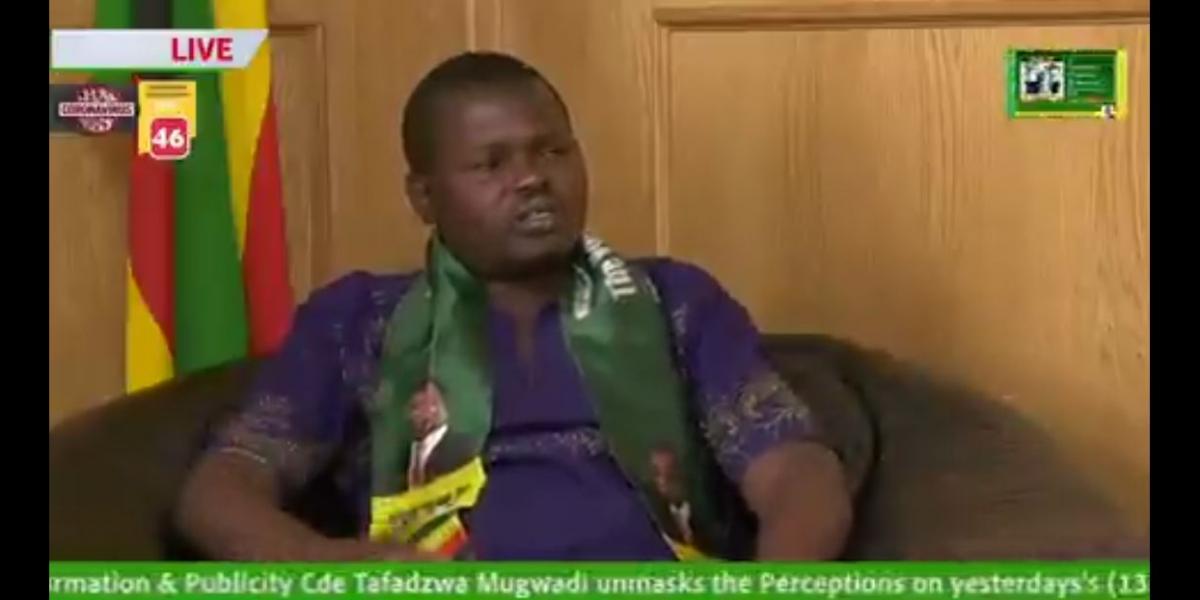 The Zanu PF Director for Information and Broadcasting Tafadzwa Mugwadi has through his party issued a full apology to Al Jazeera for the foul language he used during the interview.

Mugwadi’s apology which is more on the defensive side on why he conducted himself that way says:

I hope this letter finds you well. On the 18 of August 2020, I was part of the panel of discussants on Al Jazeera about our beautiful Nation, Zimbabwe involving myself and two MDC alliance representatives. Following the conclusion of the heated discussion which featured falsehoods, punctuated by biased video interludes which appeared to be aimed at sustaining a false narrative that there is a crisis of human rights in Zimbabwe, lost my tamper in which I ended up using uncouth language.

Although that was never meant for the interview as I felt the interview had ended, I strongly feel I owe Aljazeera, the world, Zimbabweans and in particular the Anchor Femi Oke an unreserved apology. I further apologise to the Leadership of the Party who certainly were embarrassed by those words.

Following spirited attempts by various Global Media to drive a false agenda against Zimbabwe, Government, Leadership and our People in general, I must express my gratitude and that of the Party to Al Jazeera for their decision to reach to us to get a candid understanding of the reality of what is obtaining in Zimbabwe, contrary to social media falsehoods mirrored by recycled videos of the past while some of the videos are imported from other jurisdictions.

There is no crisis in Zimbabwe but there is a leadership crisis in opposition groups, and that does not translate into a national crisis.

I look forward to keep engaging you in future as partners in a friendlier, balanced and sober manner. 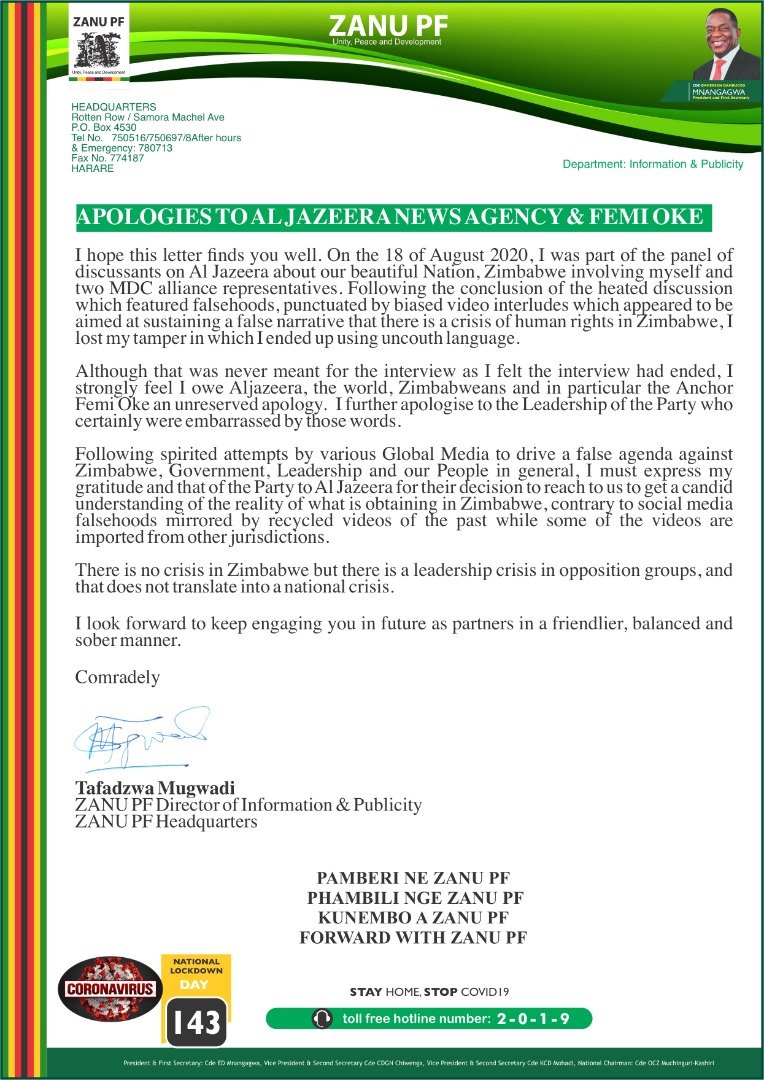