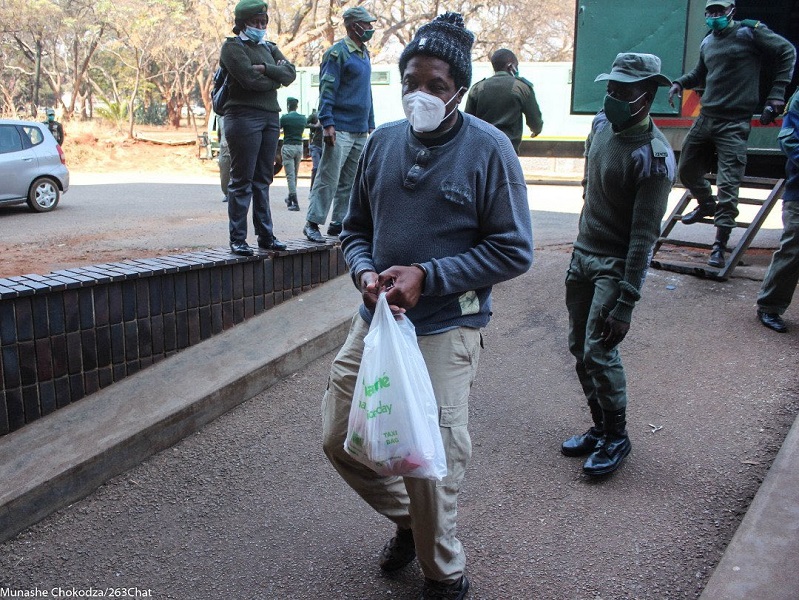 Chin’ono’s fresh application for bail is based on changed circumstances. He is represented by Nyamakura, Gift Mtisi, Doug Coltart and Roselyn Hanzi.

Chin’ono has been in custody, first in police remand, and then at the notorious Chikurubi Maximum Security Prison, where he was put in leg irons.

The freelance journalist was seized by police from his home on 20 July, exactly a month ago, and is facing charges of incitement to participate in a gathering with intent to promote public violence, breaches of peace or bigotry or alternatively incitement to commit public violence.