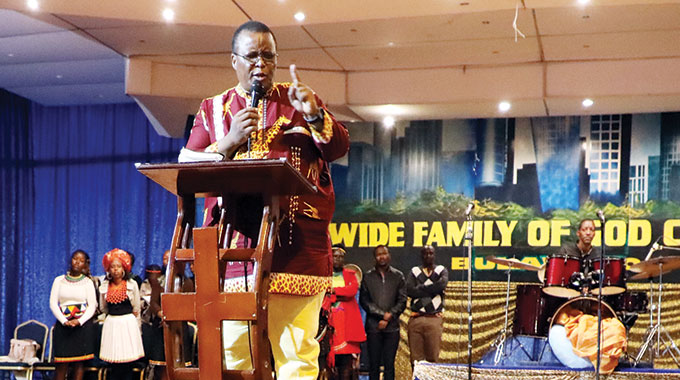 Addressing a press conference in Mutare yesterday, Zimbabwe Indigenous Inter-denominational Council of Churches (ZIICC) spokesperson Andrew Wutawunashe said the council he represents is distancing itself from religious leaders who are calling people to demonstrate against the government and revive old grudges, The Herald reports.

In a statement that was clearly directed at the Catholic Priests who wrote to the government about the human right abuses, Wutawashe borrowed a page from the government’s book and said the calls made by the Priests were genocidal. Said Wutawunashe:

We take strong exception to and categorically dissociate ourselves from calls bycertain religious leaders to march against the Government and to reignite conflicts and wounds of the past to heal us, from which God answered our prayers by bringing political leaders to the negotiating table where reconciliation was achieved. Please do not reverse the good that God had done.

Our response as God’s servants should not be to call people to revive old grudges, but rather to urge people to go forward in peace.

As true shepherds, let us encourage our sheep to be productive rather than destructive. Right from the beginning, God urged man to be productive. Good shepherds should therefore urge their sheep to work towards building our country.”Isn’t it a shame that Zimbabwe with all the abundant and fertile land that it has, is spending US$40 million a month to import food when in the 1980s it had enough maize to feed itself for three years even if there was drought and had enough grain to last eight years. Good shepherds should advocate for positive and constructive discourse than judgement

The government attacked the bishops that had written to them imploring them to find a solution to the human rights crisis infamously making international news. Other religious leaders, CSO were appalled by the government to the “evil” minded Bishops who they called genocidal.