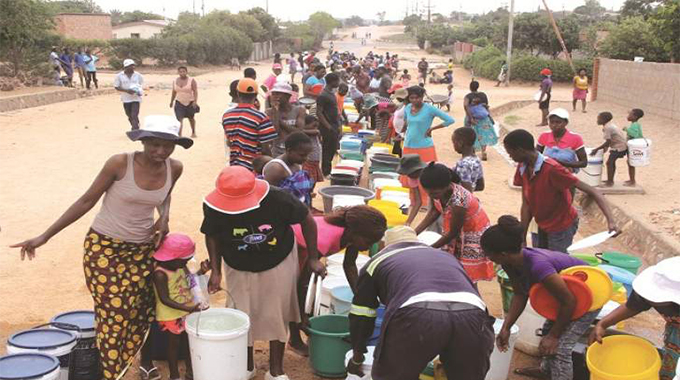 Bulawayo residents have castigated two MDC Alliance Parliamentarians for fighting over 20 litres of water instead of addressing the crippling water crisis they have been experiencing for a prolonged period of time.

The two National Assembly members, Charles Moyo of Mpopoma-Pelandaba and Nicole Watson of Bulawayo Central, had a heated exchange in a WhatsApp group for party members after the latter delivered water to her domestic worker who lives in Mpopoma on Monday.

The Bulawayo water crisis is mainly man-made. The world over there seems to be a water crisis and authorities are working to lessen the impact of such crises.

South Africa’s Cape Town managed to deal with what could have been the worst water crisis through innovation and leadership but here we are not seeing that.

We are only seeing council passing resolutions where they are parcelling out the land for their personal gains.

When it comes to innovation to address the city’s problems there is zero thinking.

BCC is said to be the best-run city in the country and we expect better from it.

Bulawayo City Council (BCC) recently informed residents that they will be getting water as and when it is available, unlike in the past when they were getting it once a week.

BCC is facing pumping challenges at two of its major reservoirs – Magwegwe and Criterion reservoirs – due to theft of electricity supply cables.