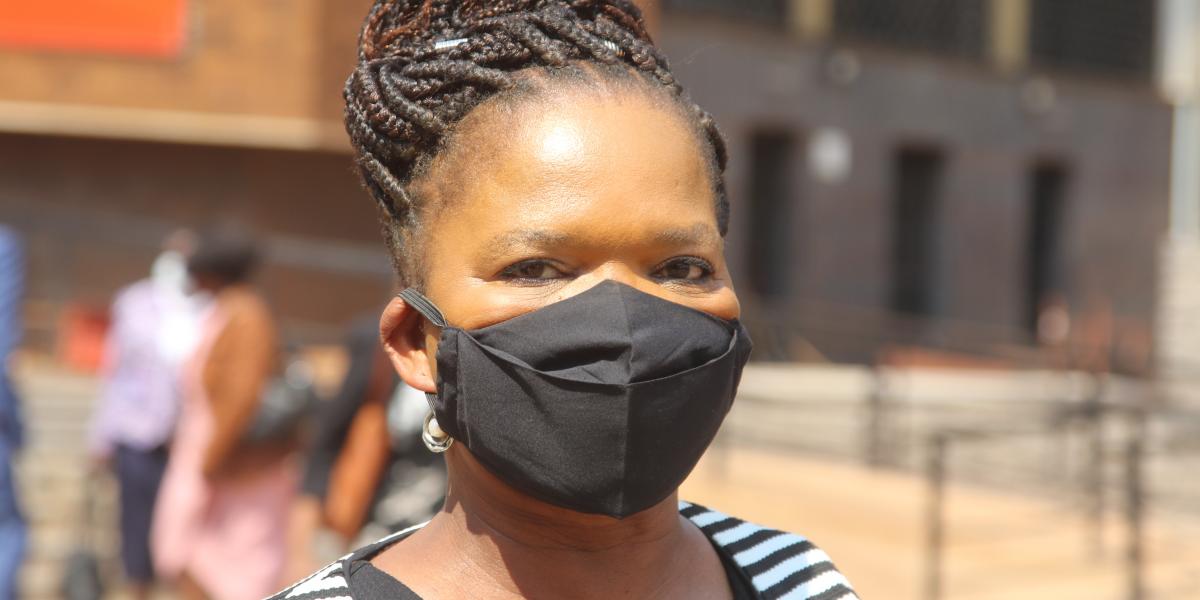 The Johannesburg Society of Advocates (JSA) has issued a statement in support of Zimbabwean human rights lawyer, Beatrice Mtetwa, who was barred from representing her client, jailed freelance journalist Hopewell Chin’ono on Tuesday by Regional Magistrate Ngoni Nduna.

Below is the statement by the JSA in full:

One week ago, the Johannesburg Society of Advocates (JSA) publicly disapproved of the conduct of the Zimbabwean Government’s crackdown on dissent and arrest over of over 60 opposition politicians, activists and journalists and a number of lawyers on a variety of nebulous charges.

Yesterday, Magistrate Ngoni Nduna of the Harare Magistrates’ Court granted an order “disqualifying” Beatrice Mtetwa from representing her client Mr Hopewell Chin’ono in his bail rehearing and directing the Prosecutor General to consider prosecuting her for contempt of court. A careful reading of the Magistrate’s ruling suggests that this was an instance of judicial overreach.

In 2009, the General Council of the Bar in South Africa awarded her its Sydney and Felicia Kentridge Award for Service to Law in Southern Africa.?

In June 2020, Mr Chin’ono, a journalist, exposed a $60 million Personal Protective Equipment procurement scandal that led to the arrest and dismissal of Zimbabwe’s Minister of Health, Mr Obadiah Moyo.

Mr Chin’ono was himself subsequently arrested and charged with incitement to commit public violence, having called for peaceful, socially-distanced protests in small groups against the Government.

Magistrate Nduna refused an earlier application for bail on 24 July 2020 and an appeal against that decision was unsuccessful.

After reports emerged that Mr Chin’ono was being held in inhumane conditions and had not been allowed to consult in private (even in court) with his legal representatives including Mrs Mtetwa without police officials listening in, the High Court of Harare granted an order allowing him to consult privately and to receive warm clothing and food that meets his dietary requirements.

In making the disqualification ruling, Magistrate Nduna was at pains to note that the application was not one seeking to hold Mrs Mtetwa in contempt of court, and the ruling makes no order that Mrs Mtetwa is in contempt.

Instead, the ruling relies upon an earlier case (Smyth v Ushewokunze 1997 (2) ZLR 544 (S)) dealing with a legal principle empowering a court to disqualify a prosecutor who has failed to comply with the unique and specific duties of impartiality and detachment that apply to legal practitioners exercising that office. The same duties do not apply to ordinary legal representatives, especially those representing accused persons.

The basis of the ruling is the Facebook page of a US-based film-maker Lorie Conway entitled “Beatrice Mtetwa and the Rule of Law” which takes its name from a documentary Conway made about Mrs Mtetwa. Posts on the page state:

“Where is the outrage from the International Community that Hopewell Chin’ono is being held as a political prisoner? His life is in serious peril. Raise awareness about his unlawful imprisonment. Do not let him be forgotten. You or someone you love could be the next one abducted from your home and put in leg irons. SPEAK OUT”

Despite Mrs Mtetwa’s confirmation that she does not operate the Facebook page and has nothing to do with the comments on it, the court found that the page relates to Conway’s documentary which “was profiling [Mtetwa] and her alleged prowess in court in human rights-related cases. In a nutshell [Mtetwa) is aware of the existence of the page and approved its coming into being”. The court further found that Mtetwa therefore “[o]bviously … authorised and approved (the Facebook page’s] coming into existence.

In that breath, she acceded to posts being made on it which posts are relevant to herself. The Court observed that Mrs Mtetwa “cannot wash her hands like Pontius Pilate of the Bible”.

In addition to these findings, Magistrate Nduna considered that Mrs Mtetwa acted inappropriately in writing a letter to the court containing legal submissions, holding that “a lawyer who is professionally seized with a case does not conduct the case with such desperation.

This moment you are in court arguing the case, the next you are writing letters in bad taste and smuggling them into the record and the next you are posting on social media that the whole trial process is for political expediency and that an accused, your client, is a political prisoner and inviting the whole world to show its outrage”.

It is apparent that the Magistrate did not consider the evidence sufficient to reach the conclusion that Mrs Mtetwa was in contempt of court.

Nor is there any basis on the facts referred to in the ruling to make such a claim. The allegation that Mrs Mtetwa has committed unethical conduct should be properly investigated in accordance with fair procedures for dealing with allegations of misconduct by legal practitioners.

In view of the questionable legal and factual basis of the allegations, it is unbecoming of the prosecutors in this matter to have launched an application of this nature in circumstances where it was plainly intended to deprive an awaiting trial prisoner of legal representation by his chosen lead counsel.

Apart from the questionable factual and legal basis of the ruling, it is furthermore disappointing that concern for the rights of the accused does not appear to have featured in any way in the Magistrate’s consideration of the matter, let alone given pause for thought in extending the duties of the prosecutors to the defence counsel.

The JSA continues to stand in support of the lawyers, including Mrs Mtetwa, representing those seeking to exercise their democratic and constitutionally enshrined rights to express criticism of the Government in Zimbabwe.

It is crucial that courts and court officials should maintain their independence and impartiality in such matters and not abuse their positions or act outside of the bounds of their authority to trample on the human rights of litigants, especially arrestees.

These matters go to the heart of the rule of law and constitutional democracy.