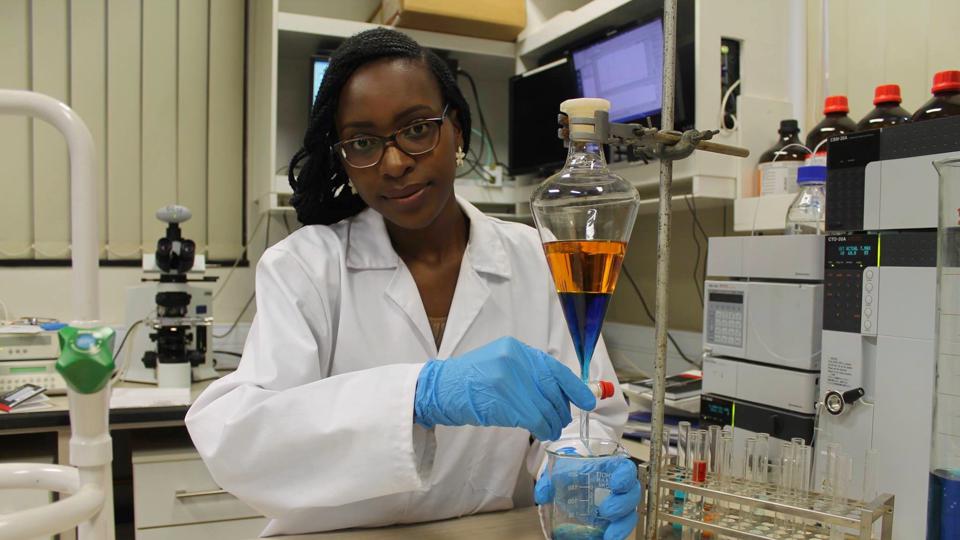 26 Year old chemistry PhD student at South Africa’s University of Free State Emmie Chiyindiko has put the country on the map with her exploring green chemistry initiative aimed at reducing the carbon footprint by making industrial processes more efficient which has drawn the attention of Forbes which recognised her initiative and featured her on their esteemed website.

According to the publication, Chiyindiko’s initiative has seen her studying catalysts in order to find better, cheaper and less toxic versions.

By understanding their structure and reactivity, this helps in the design of chemical processes to maximize the sustainability of industrial activity. The objective of my research is to reduce pollution at its source by minimizing time and material required to produce energy.

South Africa is the world’s 14th largest emitter of greenhouse gases and  like many countries have done, South Africa has pledged to peak its emissions between 2020 and 2025.

The coal chemical industry and transportation are two of the largest contributors to this greenhouse effect in South Africa due to their expulsion of air pollutants, which makes the emergence of green technology even more vital.

Chidiyiko also said there was a serious shortage of women in the initiative and her field at large and said:

Women are highly underrepresented in positions of authority, such as tenured faculty positions, but you will also see this reflected in STEM cohorts and organisation.

Racial and sexist macroaggressions are also rampant in the sciences, and these macroaggressions, whether intentional or unintentional, expose hidden biases and prejudices that generally make women of colour feel undermined