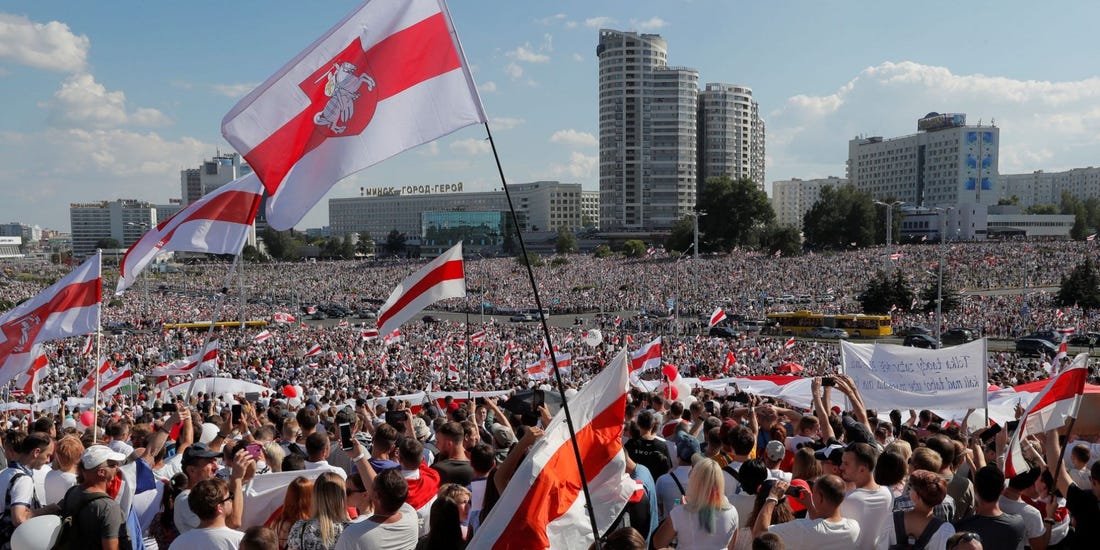 The European Union has rejected the outcome of the disputed Belarus election, saying President Alexander Lukashenko’s victory was neither free nor fair.

The EU has warned Lukashenko of imminent fresh sanctions against his government following an emergency video summit held on Wednesday.

EU Council President Charles Michel assured the Belarusians, whose unprecedented protests against Lukashenko entered the 11th day, that the bloc stood by their side.

German Chancellor Angela Merkel called for national dialogue in Belarus – including Lukashenko, to find a peaceful way out of the crisis.

Speaking to reporters after the emergency video summit, Michel said the recent elections in Belarus did not meet international standards;

These elections were neither free nor fair and did not meet international standards. We don’t recognise the results presented by the Belarus authorities.

The people of Belarus deserve better. They deserve the democratic right to choose their leaders and shape the future.

Michel, along with Merkel and French President Emmanuel Macron, all held telephone talks with Lukashenko, who has been in power for 26 years.

Meanwhile, Russian President Vladimir Putin, whose country is a close ally of Belarus, has said that his country could intervene in the crisis and warned against “unacceptable” foreign interference in Belarus.