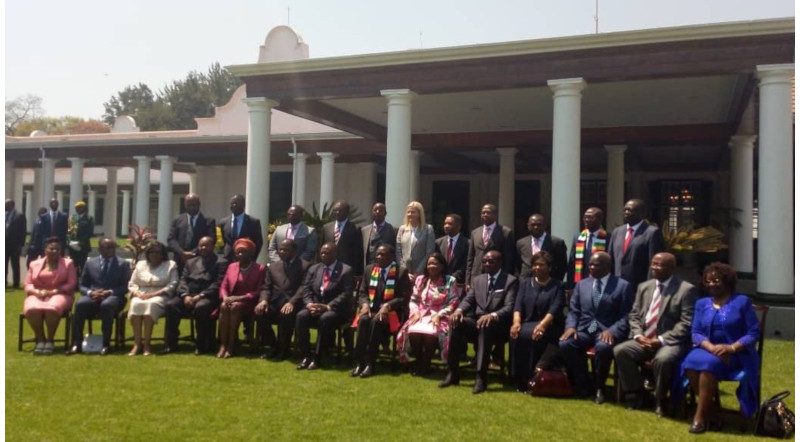 The Permanent Secretary in the Ministry of Information, Publicity and Broadcasting Services, Nick Mangwana has announced the postponement of the swearing-in of new ministers ceremony.

The ceremony was initially scheduled for Monday morning in Harare but will now be held at 1600 hours. Posting on Twitter, Mangwana said:

Swearing in of newly appointed Ministers has been moved to 1600 hours today. Apologies for inconveniences.

The two ministers, Soda Zhemu and Anxious Masuka, in that order, are the new ministers of Energy and Power Development and  (Ministry of Land, Agriculture, Water and Rural Resettlement Minister) replacing Fortune Chasi and the late Perrance Shiri.

Although Mnangwana did not reveal the cause, the swearing-in of the new ministers could have been postponed because President Emmerson Mnangagwa is attending a Southern African Development Committee (SADC) meeting.

President Mnangagwa is expected to hand over the chairmanship of The Organ for Politics, Defence and Security to Botswana President Masisi.