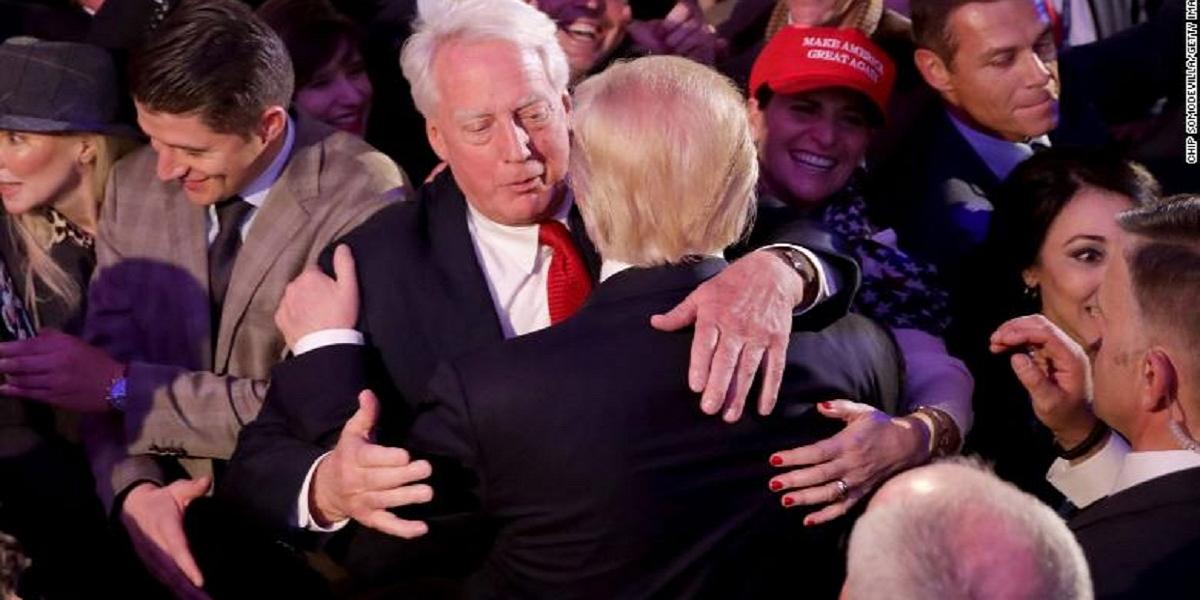 Republican presidential nominee Donald Trump speaks during an Election Night invitation-only party at the New York Hilton Midtown November 8, 2016 in New York City. Trump and his opponent, Democratic presidential nominee Hillary Clinton, have been locked in a tight race for the White House.

Robert has been hospitalised been admitted to New York-Presbyterian Hospital in Manhattan for an undisclosed ailment.

A source privy to the information told CNN that Robert has been sick for several months. Donald Trump said:

It is with heavy heart I share that my wonderful brother, Robert, peacefully passed away tonight. He was not just my brother, he was my best friend. He will be greatly missed, but we will meet again. His memory will live on in my heart forever. Robert, I love you. Rest in peace.

During a White House briefing on Friday, Trump declined to provide reporters with details on his brother’s illness but only said his brother was having a tough time.
CNN previously reported that Robert was previously hospitalized in June with an undisclosed serious condition.
Donald Trump is expected to attend his brother’s funeral.
More: Donald Trump