Exiled former Minister of Higher and Tertiary Education, Professor Jonathan Moyo has alleged that the ousted former Minister of Energy, Advocate Fortune Chasi was dismissed for ordering an investigation into a deal that allegedly prejudiced the state of US$1.2 billion.

Chasi who was dismissed last week and was replaced with Soda Zhemu, however, says Moyo’s report is not accurate as he never ordered any investigation.

#WhyChasiWasFired: Below & in the next hours, days, maybe even weeks & months, I’ll share with you the true story of why Mnangagwa yesterday criminally fired @fortunechasi as Minister of Energy & Power Development. The criminality involves the theft of at least USD 1,2 billion!

In the statement that announced @fortunechasi‘s dismissal yesterday, Chief Secretary to the President & Cabinet, Dr Misheck Sibanda, said Chasi’s “conduct of Government business had become INCOMPATIBLE with the President’s EXPECTATIONS”. It’s very important to unpack this!

Chasi’s conduct of Government business was INCOMPATIBLE with Mnangagwa’s EXPECTATIONS in one respect in two cases, which cost him his cabinet post: Chasi did not want ministerial decisions made for him, he wanted to make or recommend decisions & take responsibility for them!

Whereas Chasi, as an experienced lawyer & ethical public servant, believed that he must make, recommend & take responsibility for his ministerial decisions, Mnangagwa’s EXPECTATIONS are that cabinet ministers must implement presidential decisions & seek guidance if in doubt!

It’s trite that Sydney Gata was appointed to #Zesa by Mnangagwa and thus imposed on Chasi. Gata and Mnangagwa are notorious polygamists who are married to Mayahle sisters, vivacious Chipinge beauties, from Mutema Communal Lands: Gata to Angeline and Mnangagwa to Moline!

In May 2019, Mnangagwa ordered then tourism minister Mupfumira to appoint to the EMA board his customary wife Moline Mayahle, sister to Gata’s wife Angeline Mayahle, with whom they have several children. So, Mnangagwa did not EXPECT Chasi to cause Gata’s removal from Zesa!

While Gata was imposed by Mnangagwa to be Zesa’s Executive Chairman & while the imposition wounded him as a minister, Chasi sought to exercise oversight at #Zesa & reign in Gata on corporate governance issues to combat corruption. But his bigger & fatal problem was at #NOIC!

In May 2019 before Chasi was appointed Energy Minister, SOTIC INTERNATIONAL “signed” a 65 page Deal with NOIC for SOTIC to advance a “loan” of USD 1,2 billion to guarantee that there’s always 135 million cubic litres of fuel in the pipeline at Msasa to meet Zim’s fuel needs!

Under the deal, the USD 1,2 billion “loan” would be paid back with interest over a 10 year period in monthly installments of USD 12 million & NOIC assets were mortgaged to secure the “loan”. In effect, by the deal, SOTIC took over NOIC, its assets & ran all its operations!

When Chasi became Energy Minister, the USD 1,2 billion advance payment had been paid, all NOIC assets had been mortgaged as collateral for the advance payment, SOTIC was running NOIC & demanding only forex for the fuel; thus making it unaffordable to the majority of locals!

Without having been briefed on the SOTIC Agreement & thus unaware of its architects & its beneficiaries, @fortunechasi got the deal investigated. Chasi’s investigation found that the deal was comprehensively & shockingly detrimental to the national interest on every score!

Either bravely or naively, after his investigation, @fortunechasi sought an alternative to the SOTIC deal & negotiated it with GLENCORE. But no alternative was possible to implement; without costing SOTIC its USD 12 million a month or refunding the USD 1,2 billion advance!

Criminally, the SOTIC USD 1,2 billion was structured by @MinisterSBMoyo, who got USD 12 million for “structuring it”; and it was sent to #NOIC after it had already been approved by @edmnangagwa, @FinanceZim & @ReserveBankZIM; with USD 1,2 billion paid to PRIVATE ACCOUNTS!

So, @fortunechasi was fired not because of #Zesa affairs but because his conduct in investigating & seeking to cancel the USD 1,2 billion SOTIC deal at NOIC is INCOMPATIBLE with Mnangagwa’s EXPECTATIONS as a beneficiary of the SOTIC deal along with SB Moyo & Kuda Tagwirei!

SUMMARY: In May 2019 Mnangagwa & SB Moyo stole USD1,2 billion disguised as a State loan from SOTIC INTERNATIONAL, fronted by Kuda Tagwirei. The theft was structured by SB, using NOIC assets as mortgage. Chasi found out, tried to reverse it & got fired yesterday. Details: 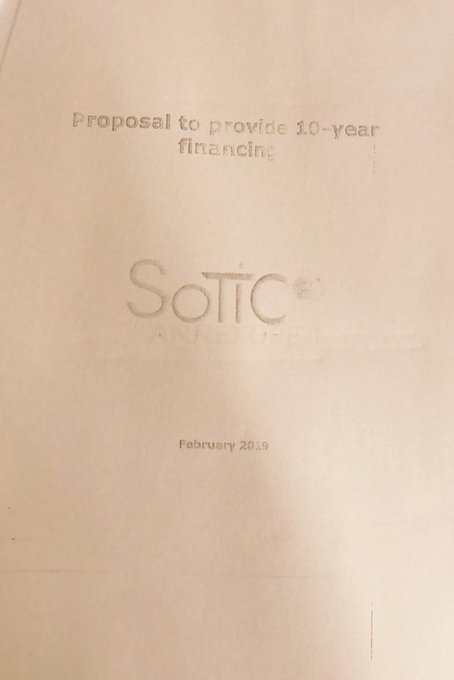 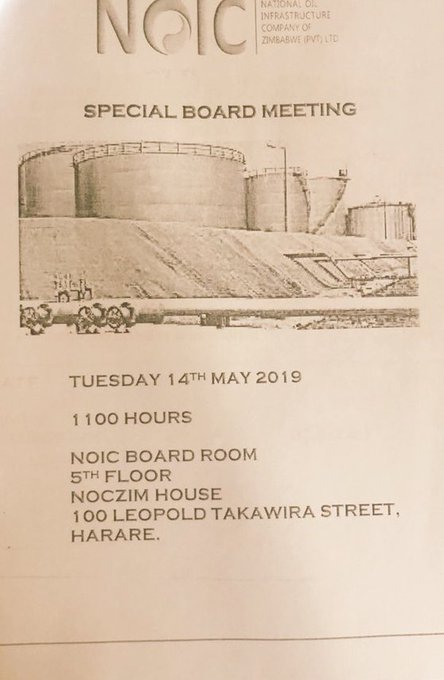