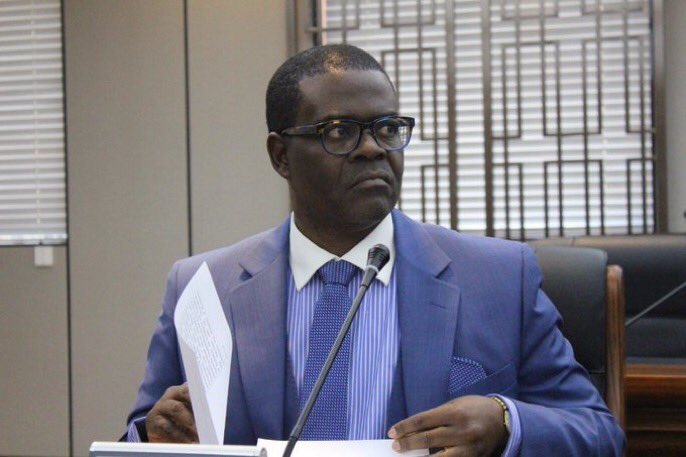 The President has fired the Energy Minister Fortune Chasi and replaced him with Soda Zhemu. The matter came to light in a memo that was published by the government which reads in part:

The President Emmerson Mnangagwa has appointed Hon Soda Zhemu Member of Parliament for Muzarabani North as Minister of Energy and Power Development in place of current Minister Honourable Fortune Chasi. The latter has been relieved of his ministerial post as his conduct of business had become incompatible with the president’s expectations. The appointment of Hon Zhemu and the removal of advocate Chasi is with remediate effect.

Chasi during his tenure as the minister rehired Sydney Gata who had been fired from ZESA close to a decade ago. Gata was then suspended on corruption charges 9 months after he was hired. A week after he was hired, the president fired the entire ZESA Board. 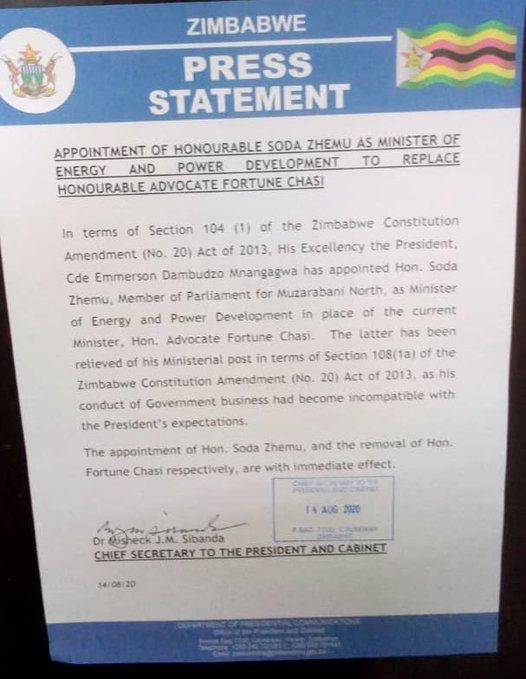 3 comments on “JUST IN: ED Fires And Replaces Fortune Chasi”