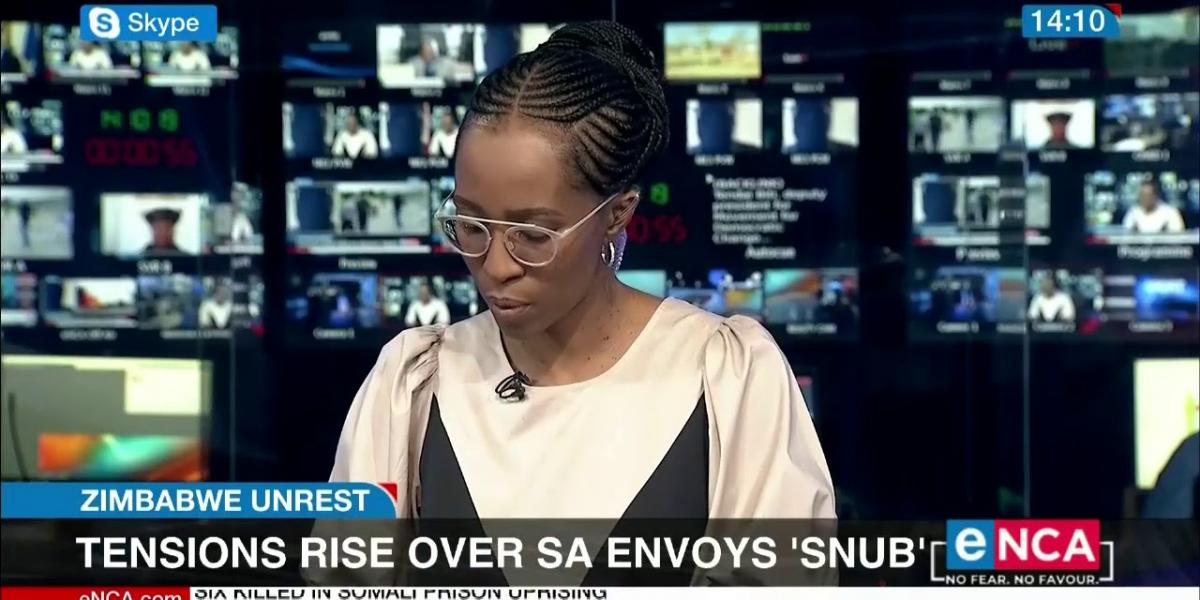 MDC Vice president Tendai Biti while speaking to eNCA News said President Emmerson Mnangagwa is not yet ready to resolve the national crisis. Biti was basing his claims on the fact that his party and other opposition parties were snubbed by the SA Envoys sent by Ramaphosa to speak to Zimbabwe and he blamed the snub on the government as he said the president reportedly threw tantrums and said there was no need for an intervention in Zimbabwe at the meeting yesterday. Watch Biti’s interview with eNCA below.