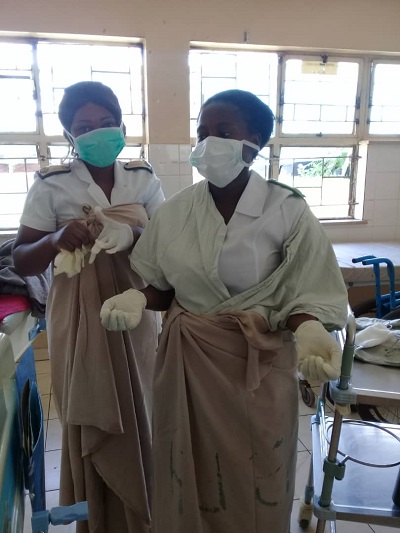 The Zimbabwe Nurses Association (ZINA) has said it will not call off the strike by nurses until newly-appointed Health Minister Vice President Constantino Chiwenga has addressed their demands.

ZINA president Enock Dongo on Monday said they will continue the strike even though the government recently struck off its payroll all the nurses who are on strike.

Dongo insisted that nurses will not be intimidated by the government’s tactics but will stand on their demand for US dollar salaries and personal protective equipment (PPEs). He said:

We are still on strike and we are on day 52. The majority of public hospitals are literally closed and patients are being referred to private health centres.

Some patients are actually dying because they do not afford to pay the forex charges at the private hospitals, but as nurses, we cannot call off the strike at this stage.

Government has not done anything to meet our demands which are US dollar-pegged salaries or provision of adequate personal protective equipment.

Actually the skeletal staff of nurses which is attending to emergency cases at the hospitals does not have adequate PPE.

Chiwenga, who previously fired thousands of striking nurses, before they were allowed to re-apply for their jobs, and described junior doctors as “skilled labourers”, has not yet publicly spoken on the way forward.