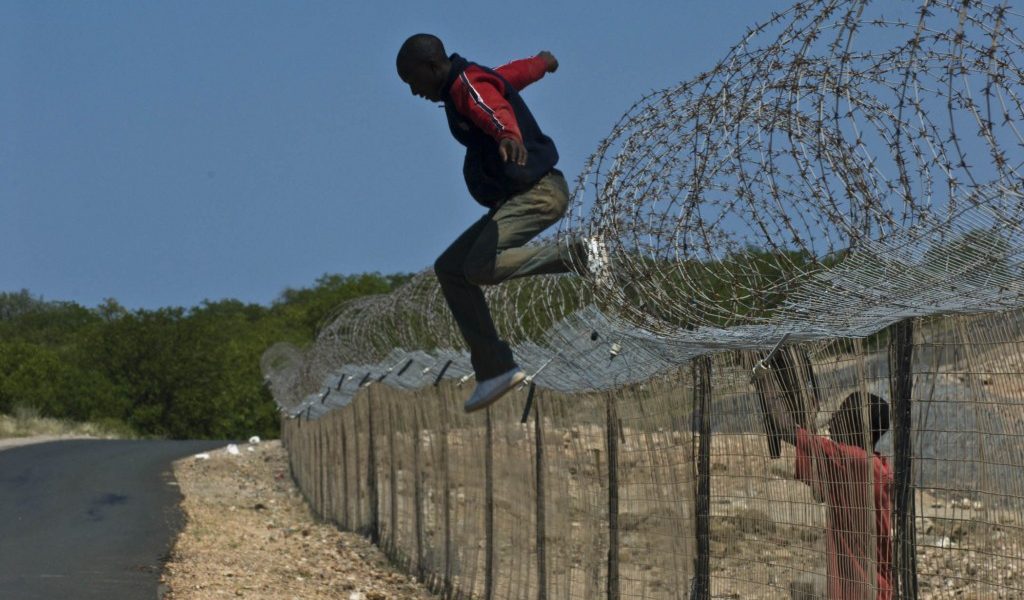 A ‘border’ jumper going over a fence separating Zimbabwe and South Africa. Scores of Zimbabweans cross into South Africa this way daily in search for jobs (Image Credit: Greg Marinovich).

ZRP last week arrested 13 people who were either trying to cross to or from South Africa among them smugglers who were incepted while carrying 125 litres of fuel, the Daily News reports.

In a statement about the arrest, ZRP said:

On 5 August police officers patrolling undesignated crossing points along the Limpopo River, arrested 13 people. At the time of arrest, 125 litres of fuel destined for the black market was recovered by police from one of the suspects.

The accused persons were charged for violating Covid-19 lockdown regulations whilst the owner of the fuel was additionally charged for importing hazardous substances without a licence.

Cases of smuggling commodities to and from South Africa have increased as borders remain closed since March 2020 when lockdowns were announced by many countries.

ZRP Arrests 13 Border Jumpers And Smugglers Along The Limpopo River