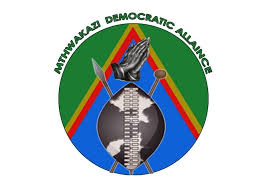 Speaking about the campaign, Ncube said:

The struggle towards removing the looters in Zimbabwe must be extended towards their children residing in foreign land enjoying the taxpayers’ money, while their parents are busy abducting civilians, killing innocent infants and arresting innocent journalists who are fighting against corruption and looting of State coffers.

I urge the foreign governments who are against human rights violations to punish the children of the looters by cancelling their residence permits as well as their study permits. The children of the coup regime cannot live a good life while innocent people are punished by their relatives. All democratic forces must join hands and stop the influence of the looters, including those who are connected to them.

Innocent infants are dying. Journalists and activists are in hiding as the coup regime is after their blood. It’s time we have a direct confrontation with them and teach them how it feels to be punished for standing for our rights. Those who violate civil rights must not be allowed to live a peaceful life.