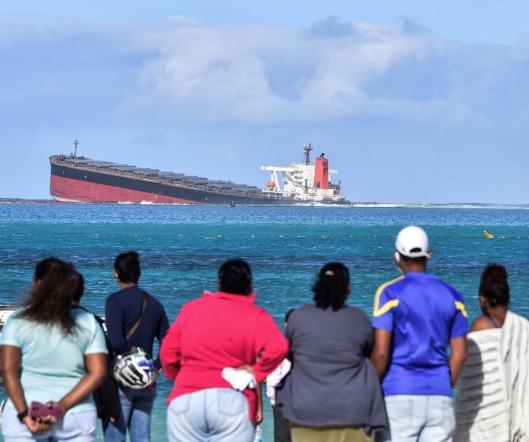 A tanker ferrying over 4000 tonnes of crude oil was immobilized by water too shallow to allow it to float on a coral reef in the Indian Ocean near the island of Mauritius. The oil spill has greatly affected the island of Mauritius which has already declared a state of an environmental emergency, BBC reports.

According to the publication, volunteers are trying to contain the situation by creating absorbent barriers to absorb the oil:

Volunteers are scrambling together to create absorbent barriers of straw stuffed into fabric sacks in an attempt to contain and absorb the oil. It’s thought the MV Wakashio was carrying 4,000 tonnes of oil of which more than 1,000 tonnes has already leaked into the waters surrounding the island.

The tanker reportedly ran aground on the 25th of July.