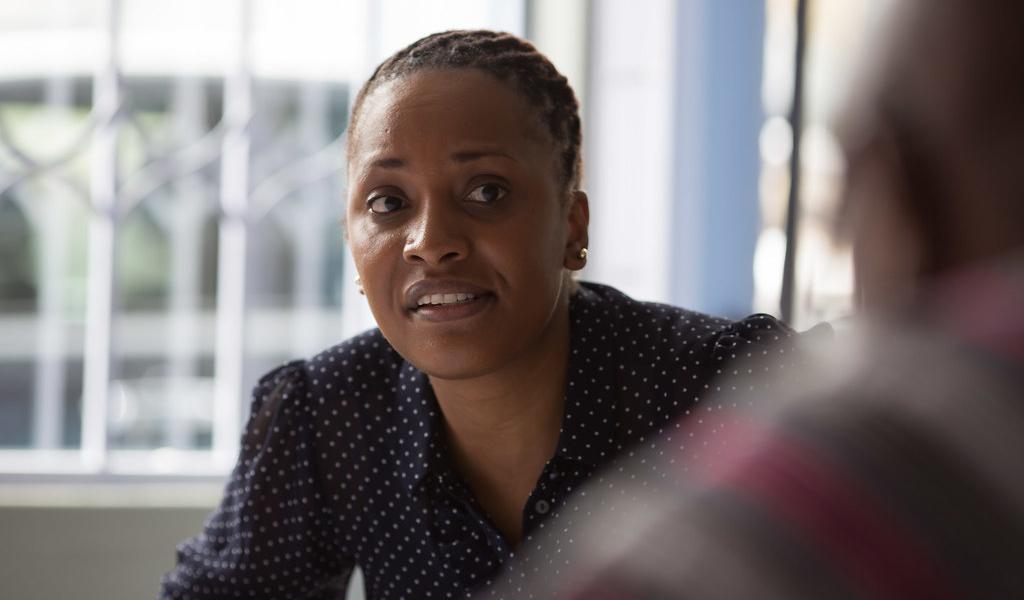 STATEMENT ON SITUATION OF HOPEWELL CHIN’ONO AND JACOB NGARIVHUME

1. During the late hours of 7 August 2020, the legal team representing Hopewell Chin’ono received information that Hopewell, together with Jacob Ngarivhume were being moved to Chikurubi Maximum prison. This transfer had not been communicated formally to the legal
representatives beforehand.

2. Lead counsel, Beatrice Mtetwa telephoned the Officer in Charge Harare Remand Prison, who confirmed that he had received instructions from above to that effect.

3. After the lawyers discussed the situation of Hopewell and Jacob, it was agreed that there should be at least two visits a day, with at least one relative/friend present. This would enable the two to have at least two meals a day and lawyers would also keep an eye on their general well-being.

4. At 11:09 hours Roselyn Hanzi was the first lawyer to arrive at the main entrance of Chikurubi Maximum Prison and proceeded to the second gate without much delay. Upon arrival at the second gate at 11:14 hours after introducing herself and stating the nature of her business, the prison officer at the gate advised her that all visits (lawyers or relatives) were not being allowed since the lockdown and that only emergency visits would be allowed. In response, Roselyn advised the prison officer that she had previously visited other clients at this prison after the lockdown. She was told to wait as authority had to be sought. After 11 minutes, she was eventually allowed access and proceeded to drive to the car park.

5. At the last gate of the Maximum-Security Prison, after introducing herself and stating the nature of her business, she was advised to wait as authority had to be sought from senior officers inside the prison. She waited for 30 minutes and was told that she would only be allowed access to discuss legal issues with her client, as social visits were not allowed. She was also told that food and any other items would not be allowed into the maximum-Security Prison. At about 12:00 hours she was escorted to the reception area within the prison.

6. Hopewell was escorted to the reception area, and he was wearing khaki shorts, a short-sleeved prison shirt, short socks and a pair of slippers. His legs were also shackled in leg irons, making it rather difficult for him to move.

7. After the recording of the lawyer’s details, Roselyn requested to use a private section of the reception to consult with her client. The prison officer categorically advised her that the only consultation that would be allowed would be in front of the prison officers. Roselyn Hanzi again requested for privacy within a section of the reception where the prison officers could have sight, but not be within earshot of the discussions. Roselyn explained that she had visited other clients before, such as Jestina Mukoko and she was allowed that privacy, Roselyn also explained that in terms of the law, communication between a lawyer and client is privileged and confidential. The two male prison officers at the reception advised that they had direct orders not to allow lawyers to consult with clients if they could not hear the discussions. Upon requesting to speak to a more senior prison officer, at 12:25 hours, Roselyn was told that she would be escorted outside the Maximum Prison Complex while the prisoner officers sought instructions on this request.

8. After about 15 minutes, Roselyn was invited back into the maximum-security prison. Upon entering, she was advised by the prison officer that the request to consult Hopewell in private within eyesight was not allowed. After insisting that the consultation would not be possible she was advised that the Commissioner General’s Standing Order, Part VII Visits and Communication, section 140(6) did not allow this. She was allowed to read the relevant section after she advised that she wanted to engage the relevant prison officials on this illegal section.

The offending section reads: “Unless specifically authorized by the Commissioner-General, all visits by a legal practitioner shall be in the presence and hearing of an officer who understands the language used and it shall be a condition of the visit that the legal practitioner may only discuss matters arising from his employment as the legal representative of the detainee.’

The Commissioner General’s Standing Orders are in direct violation of section 50(5)(b) of the Constitution.

9. After advising the prison officers at the gate that she would want to take this issue up with the Officer Commanding Prisons, the prison officers informed her that there would be no need to see Hopewell. She was only allowed after insisting that he has a right to know why the consultation was not going to proceed as she wanted to explain to him the limitations placed on the requirement that any discussion had to be within hearing of prison officers as this was
illegal.

10. After having been allowed access, Roselyn was able to explain to Hopewell the limitations imposed and the inability to proceed to discuss anything relating to the case. She enquired on his welfare.

11. Hopewell advised that he was initially strip-searched and eventually moved at night to Chikurubi Maximum Complex. After inquiring about whether Hopewell could be provided with the jersey, the prison officers advised that they did not have any more jerseys in stock.

12. Roselyn then loudly advised Hopewell that she would be reporting to the lead lawyer, Beatrice Mtwetwa, that she could not take any further instructions as she was not allowed access in private.

13. The prison officers expressed their concerns on having several lawyers coming to visit Hopewell indicating that the lawyers must organize themselves and come in as a team at one time.

14. Hopewell explained that since he is not able to consult with Roselyn, she will have to report back to the senior lawyer as this was going to affect the preparation for his bail hearing which is due on Wednesday.

15. Jacob Ngarivhume’s lawyer, Moses Nkomo arrived at the main gate at 13:30 hours. Jacob’s wife accompanied him and after introducing himself, he was allowed in without much delay.

16. On arrival at the second gate, he was quizzed on who else he had come with to the prison. Moses was advised to wait while the prison officers consulted with their superiors. Moses waited for about 30 minutes before he was told that the instruction from the superiors was that only lawyers were allowed to enter.

17. Moses proceeded to the Maximum Security Complex. At the last gate, he was made to wait while the authority of the superiors was sought. He waited for another 20 minutes before being escorted to the reception.

18. While Jacob was being brought from the cells, Moses requested the female prison officer in charge of the reception if he could bring in some food which he had brought for Jacob and initially the officer had permitted him to bring limited quantities but she later said her superiors had instructed her not to allow any food from outside under whatever circumstances.

19. Jacob was escorted into the reception and the female prison officer advised that the lawyer could only consult his client in the presence of the prison officers and that they wanted to hear the conversation.

20. Moses inquired about bringing warm clothing for his client and was advised that this was not permitted.

21. Beatrice Mtetwa arrived at the first gate at 14:00 hours in the company of Hopewell’s sister. They were advised to wait for 10 minutes whilst authority was sought.

23. Once inside, Beatrice found Moses (Jacob Ngaruvhume’s lawyer) inside the reception area. The Prison Officer in charge had to get authority for Beatrice to see Hopewell, give him food and warm clothes. Her superior, officer Maramba needed to get authority from his own boss. After a lot of pleading and reference to the law, Beatrice was allowed as a once-off to give them (Hopewell and Jacob) food on condition they ate in front of everyone.

24. Beatrice and Moses then requested to consult their clients in private. Again private consultation was not allowed for the lawyers.

25. Beatrice and Moses had to leave the Complex and collect food which was in the cars. On returning a more senior prison officer, had arrived and overturned the earlier authority to allow them food.

26. Another haggling session commenced, and by then the prison kitchen had closed. The two lawyers requested that on humanitarian grounds, they should be allowed to eat as they had last had food to eat at lunchtime the previous day (on 7 August). Gumisiro, the senior prison officer who had overturned the earlier authority then gave them 5 minutes to eat. Although Jacob was able to eat like a soldier at war, Hopewell managed a few spoons and gave up.

27. Lawyers sought permission to bring in warm clothes as prison has no jerseys, this request was denied. Lawyers were told that only the red and white prison jersey is allowed and the lawyers have to source the jerseys for the clients.

28. Both Hopewell and Jacob are on medication. They need to eat before taking they take their medication. The two Jacob and Hopewell do not eat sadza for medical reasons, but they were advised that prisons only serves sadza, thereby leaving them without access to food.

29. It was emphasized that home food was not allowed because of COVID19. When lawyers pointed out that Harare Remand has a far higher turnover rate, and is, therefore, more susceptible to COVID19, yet home food is allowed, this fell on deaf ears.

31. The prison officers further indicated that relatives and other social visits were not allowed.

32. The prison officers further indicated that lawyers would only be allowed to visit and consult with their lawyers between 09:00 hours and 14:00 hours.

So basically, all their fundamental rights, including the right to food, the right to give instructions to lawyers in private have been taken away. The presumption of innocence simply does not exist in this case.

2 comments on “FULL TEXT: ZLHR Statement On The Situation Of Hopewell Chin’ono And Jacob Ngarivhume”