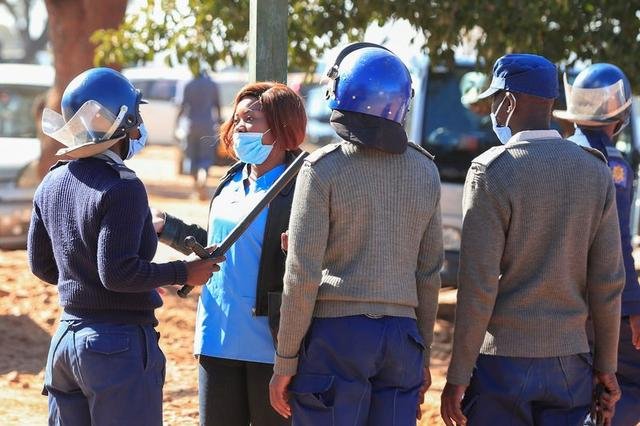 Nurses in Zimbabwe arrested as they protested over pay in June

The government, through the Health Services Board (HSB), has removed from its payroll all nurses who are on strike.

Some nurses working in the public health sector have been on strike for almost 50 days citing poor remuneration and lack of personal protective equipment (PPEs).

In July, the government withheld the striking nurses’ salaries as well as the US$75 COVID-19 allowances.

The striking nurses didn’t receive their July salaries and it’s because they were removed from the payroll by the Health Services Board on a no-work-no-pay basis.

Dzvukutu added that there are consultations taking place with Government so that the affected nurses receive their August salaries and allowances.

Zimbabwe Nurses Association (ZINA) president Enock Dongo said in May, nurses received $3 400 as basic salary, an amount he said wasn’t enough to cover their monthly demands such as rentals, food and transport costs.

He said nurses are willing to return to work but are still incapacitated.