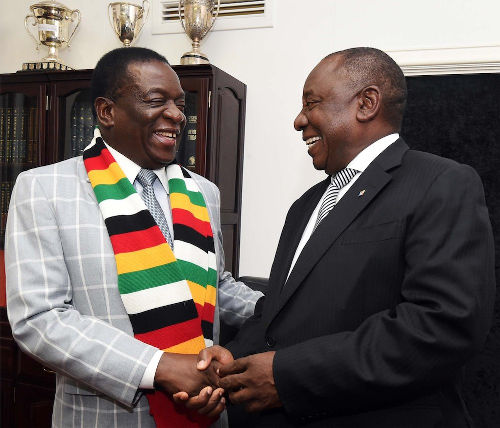 South Africa will likely harden its stance towards its northern neighbour Zimbabwe, and push for reforms in order to avert the wave of migration which occurred in 2008, an opposition official has said.

National Patriotic Front (NPF) leader Jealousy Mawarire said South Africa’s borrowing of US$4.3 billion from the International Monetary Fund (IMF) makes it difficult for the country not to take the Zimbabwean crisis seriously because if left unchecked, the current mess will have a boomerang effect in South Africa.

The reality of the South African government’s borrowing of US$4.3 billion from the International Monetary Fund (IMF) is a major game-changer in South African geopolitics and might have a major shift in how South Africa treats the Zimbabwean crisis.

2020 is unlike 2007-8 where the South African economy didn’t need IMF loans which come with their own conditions.

Where South Africa could stand international pressure to act against Zimbabwe, the IMF loans now weaken that resolve and we are likely to see South Africa putting unprecedented pressure on Zimbabwe to reform and avert the 2008 massive migration of Zimbabweans into SA.

Those who are sceptical about South Africa’s resolve to end the nonsense in Zimbabwe might be shocked this time.

Furthermore, President CyrilRamaphosa is not a Thabo Mbeki or Jacob Zuma ANC stalwart who can hold sway against mounting pressure within the ANC to force Emmerson Mnangagwa to reform or even step down for the good of Zimbabwe.

It’s a different ball game this time around, [Mnangagwa Must Go] because [Zimbabwean Lives Matter].