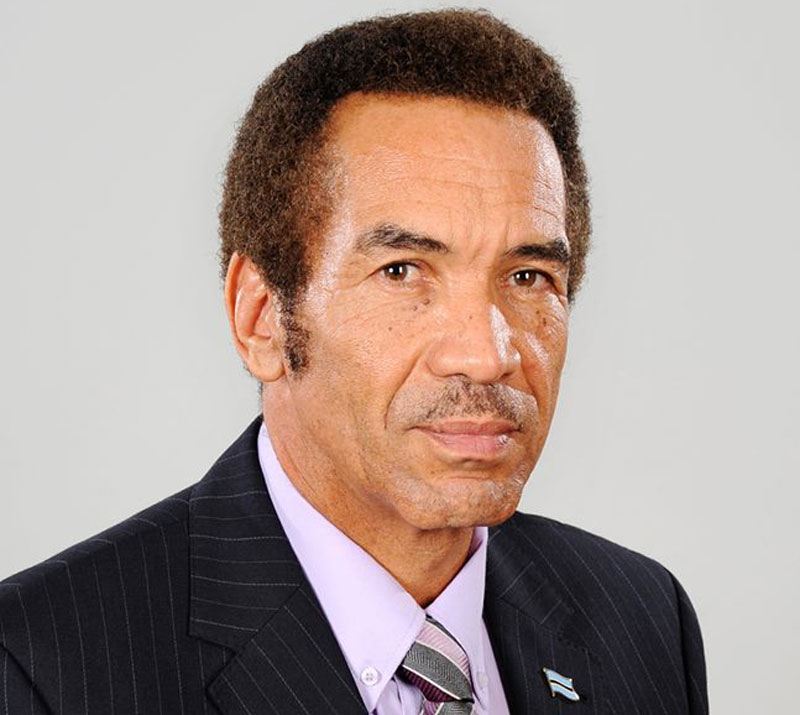 The former President of Botswana Seretse Khama Ian Khama has rallied the world to stand against human rights abuses in Zimbabwe.
He posted on social media pages this Thursday amid reports of an increased crackdown on dissent in Zimbabwe. He said:

As we are all dealing with change in our lives, let’s not forget to pray for our mothers and fathers, brothers and sisters in Zimbabwe as the situation is deteriorating everyday. Today I hosted Zimbabweans in Serowe to share thoughts about the current regime and appreciate their plight. Martin Luther King Jr once said, “The silence of the good people is more dangerous than the brutality of the bad people.” So let us all stand with Zimbabwe and condemn this brutality.

He speaks when the number of people arrested for being critical of the President Mnangagwa-led administration has continued to rise in the recent past.
Of note are, corruption whistleblower Hopewell Chin’ono, opposition leader Jacob Ngarivhume of Transform Zimbabwe, MDC Alliance officials – Joana Mamombe, Cecilia Chimbiri and Netsai Marova.