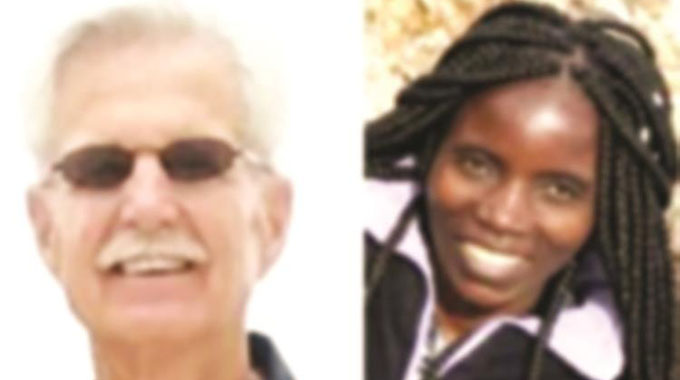 ZRP is investigating the disappearance of a Borrowdale couple Gus Startas (73) and Eleta Startas nee Mupfumisa (48) who reportedly went missing on 21 June, The Herald reports. The couple’s whereabouts are still not known and their car, a Toyota Hilux double cab was found burnt to ashes in Borrowdale 2 days after their disappearance.

The couple, who stay at house number 3 Cycle Close, Rolf Valley in Borrowdale are said to have been missing since the morning of June 21. Reports are that the couple left their home at around 6am on that day and gave their security guard keys to the residence. On June 23, the guard realised that the two were missing. Also, the couple’s vehicle was found dumped and burnt.

A flier posted on social media has offered a reward of USD $1000 for information about the couple:

Information is sought on the Toyota Hilux truck that was found burnt in an area being developed for residential stands, off Crowhill Road, just after Luna Road (after Borrowdale Brook) in Borrowdale. The vehicle was burnt on the night of June 21, 2020. The owners of the vehicle have also been missing since the morning of June 21, 2020. Anyone with information on the missing persons or the persons involved in the burning of the truck may call or WhatsApp on 073333331, 0773 070326.