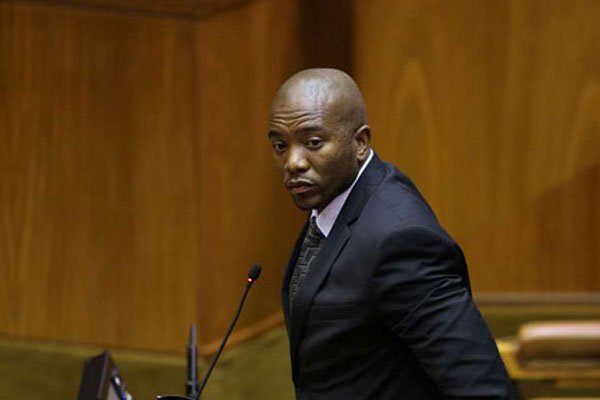 Former DA leader and One South Africa Movement Chief Activists Mmusi Maimane have written to the South Africa International Relations Minister Naledi Pandor asking the latter to formally ask the Zimbabwean ambassador to South Africa David Hamadziripi to explain the human right abuses happening in Zimbabwe. Maimane said South Africa could not turn a blind eye to the plights of Zimbabwe as the AU leader of the moment.

I write to strongly urging that a demarche be Issued on Zimbabwean Ambassador David Hamadziripi by the South African government in fight of the flagrant human rights abuses by the ZANU-PF led government in Zimbabwe.

The purpose of issuing a demarche is to demand a full explanation from the ambassador os to the unfolding human rights crisis in Zimbabwe and o commitment to ending these atrocities at once. Disturbing reports of violence, intimidation. torture and detention without trial being carried out by the Zimbabwean government against citizens, opposition voices and journaists cannot go unchallenged.
Following Zimbabwean President Emmerson Mnangagwa’s national address today, in which he sought to blame “western powers” for the country’s current woes. the people are Zimbabwe are left in fear and without answers.

As a leader in the SADC region. South Africa cannot turn a bind eye to such atrocities. Quiet diplomacy allows injustices to continue unabated. Now is the time for South Africa to regain its moral voice on the continent and denounce such actions perpetrated by the Zimbabwean government.
Until this point. current African Union (AU) chairperson. Cyril Ramaphosa has foiled in implementing the AU’s mandate “to promote and protect human rights on the continent” as per Article 3(h) of the Constitutive Act of the African Union. As DIRCO Minister. I implore you to act decisively on behalf of the South African government and issue a demarche at once.

South Africa must champion and protect democrocy in the region and on the continent. The actions of the Mnangagwa government are that of a liberation movement that continues to oppress its people.
There is no time for ambiguity. The South African government must speak out and condemn the violent, inhumane and undemocratic actions of the ZANU•PF government in Zimbabwe and demand an end to such conduct.

I look forward to your response.
Yours Faithfully

2 comments on “FULL TEXT: Mmusi Maimane Asks The South African Minister Of International Relations To Get An Explanation From The Zim Govt About Human Rights Abuses”