ZANU PF Acting Secretary for Information, Patrick Chinamasa has announced the appointment of David Parirenyatwa and Richard Moyo, in that order, as new ZANU PF Politburo Secretary for Health and politburo member.

We present below the statement which announced the appointments.

RE: ACTING SPOKESPERSON’S SPECIAL PRESS BRIEF ON THE APPOINTMENT OF CDEPARIRENYATWA AND RICHARD MOYO

The President and First Secretary of the Party, H.E Cde ED Mnangagwa has with immediate effect appointed Cde Dr David Parirenyatwa as the Acting Secretary for Health. Child Welfare and the Elderly to the Politburo pending the finalisation of investigations on the case of Cde Cleveria Chizema. 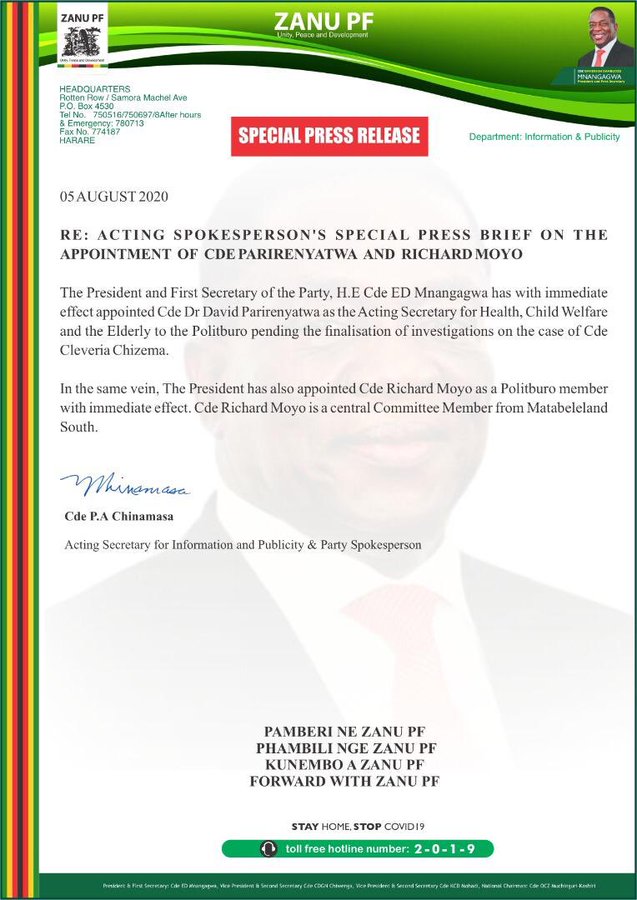