The Zimbabwean government recently signed an agreement with farmers who lost their land during the fast track land reform programme.

The President Mnangagwa-led government agreed to pay US$3,5bn for the development of farms by white farmers.

Under the agreement, half of the sum must be paid within 12 months, with the balance payable over 48 months.

We present below the communique in full.

1. In 2030. Zimbabwe embarked on a Land Reform programme tor the resettlement of people on agricultural land.
The Constitution sets out the circumstances under which Zimbabwe vita pay compensation in respect of compulsory acquisitions of Agricultural land in particular
2.1 Section 72)3) provides for the payment of compensation for improvements only on compulsorily acquired agricultural land:
2.2 Section 295 provides that payment of compensation for compulsory acquisition of agricultural land and any person, other than o person referred to in subsection (1) or (2) of that section, whose agricultural land was acquired by the State before 22 August 2013 is entitled to compensation from the State only for improvements that were on the land when it was acquired.
3. Government and the loaner farmers’ representatives engaged in extensive negotiations over the global compensation figure tor improvements. including biological assets and land clearing costs. on the land compulsorily acquired from the former town owners.
4. Funds tor this exercise war be raised largely in the international capital markets through United Stales dollar-denominated long term debt instruments as well as other suitable non-debt instruments and financing structures. The Government, through the Ministry of Finance and Economic Development, will work together with former representatives in this regard. through a Joint Resource Mobilisation Committee that has been set up by His Excellency, the President of the Republic of Zimbabwe. Dr E.D Mnangagwa. 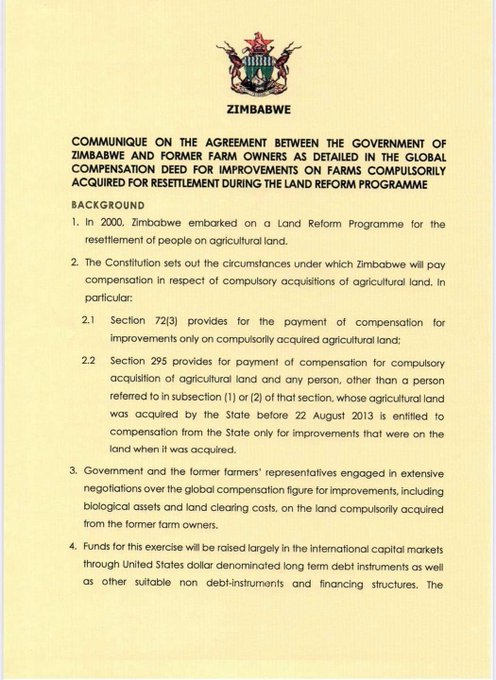 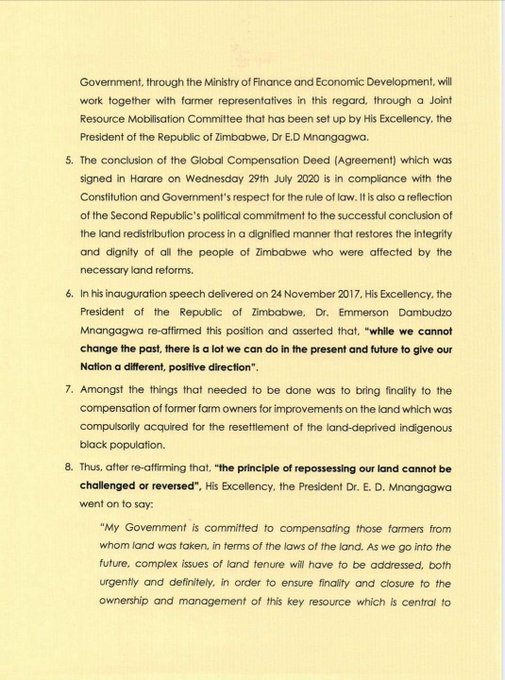 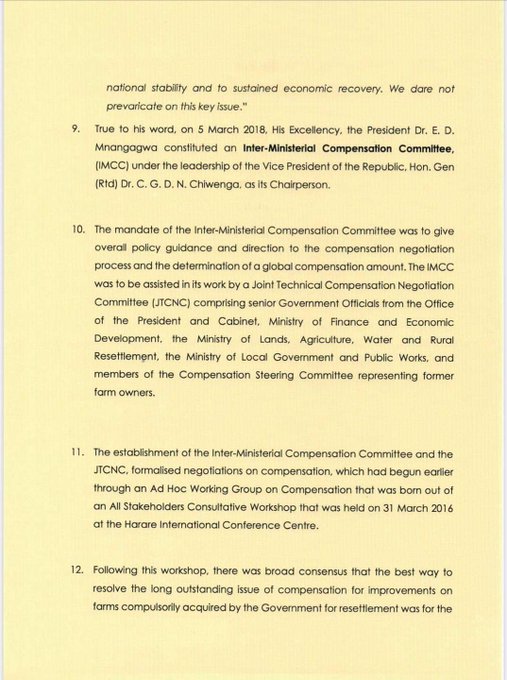 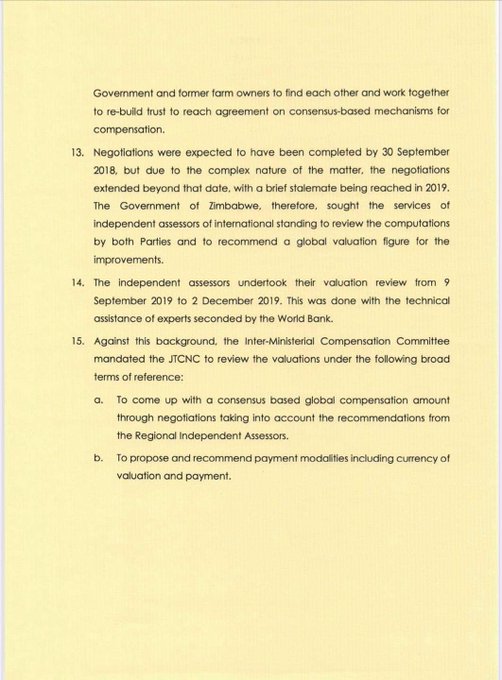 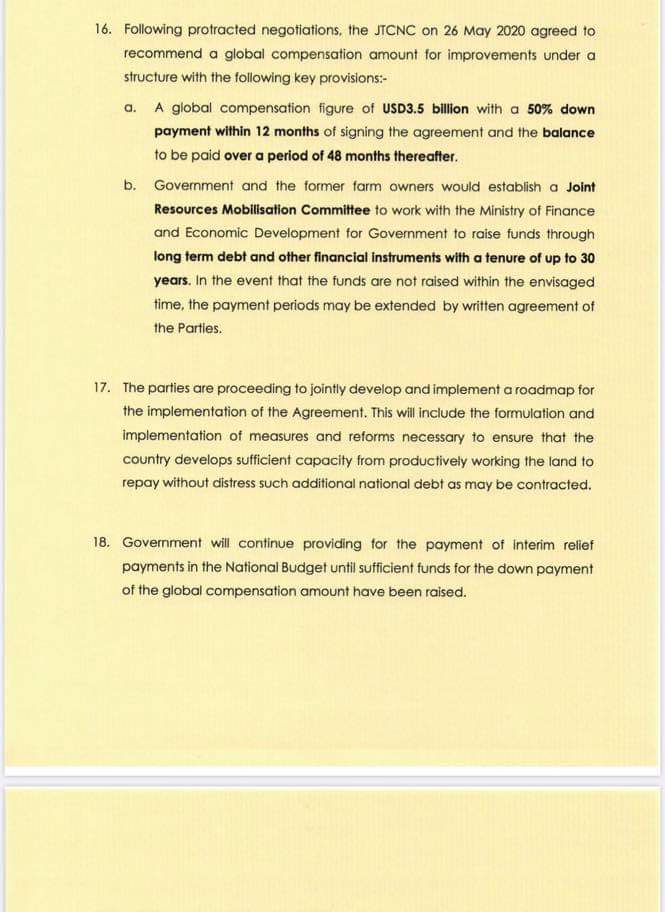 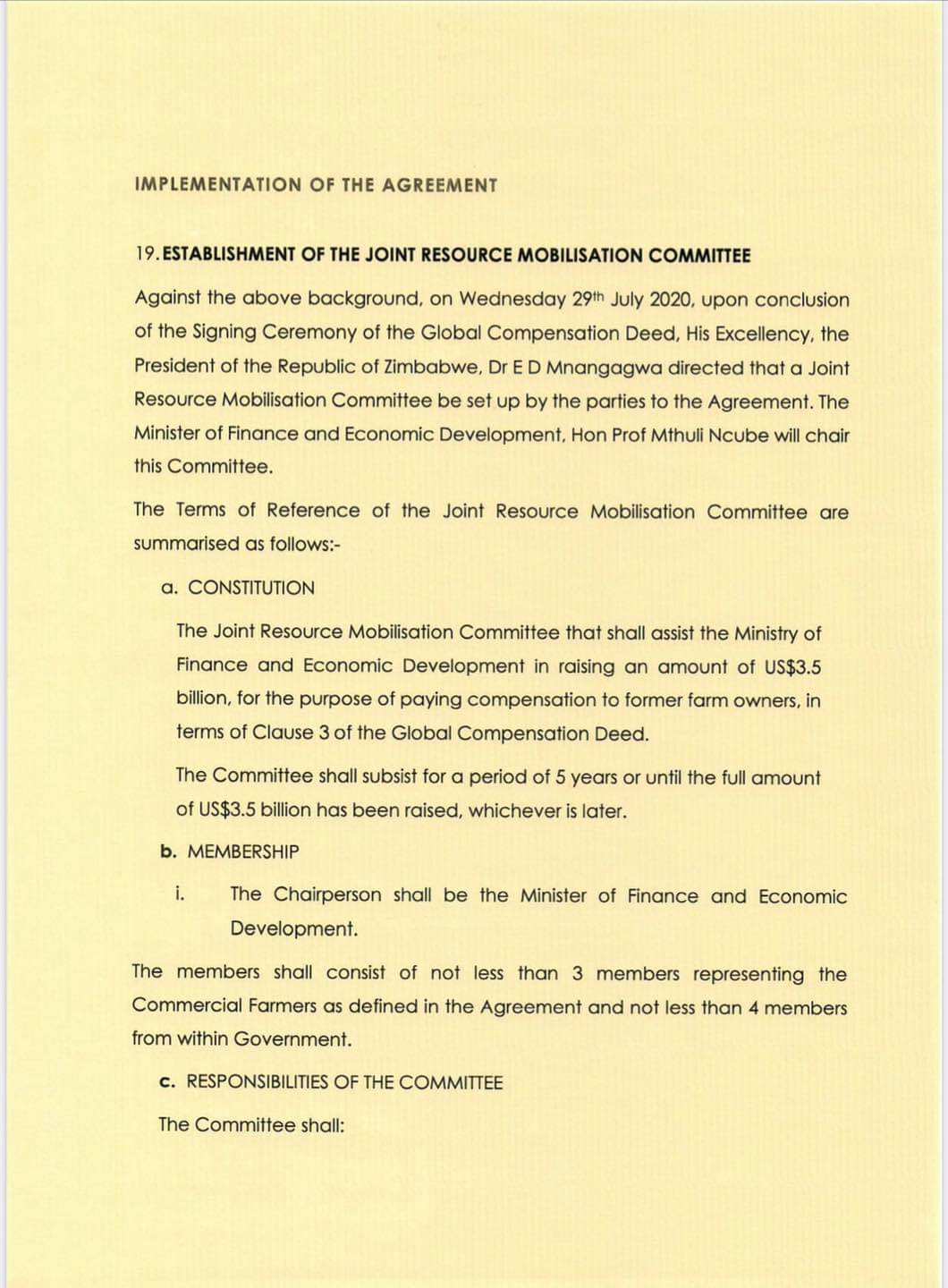 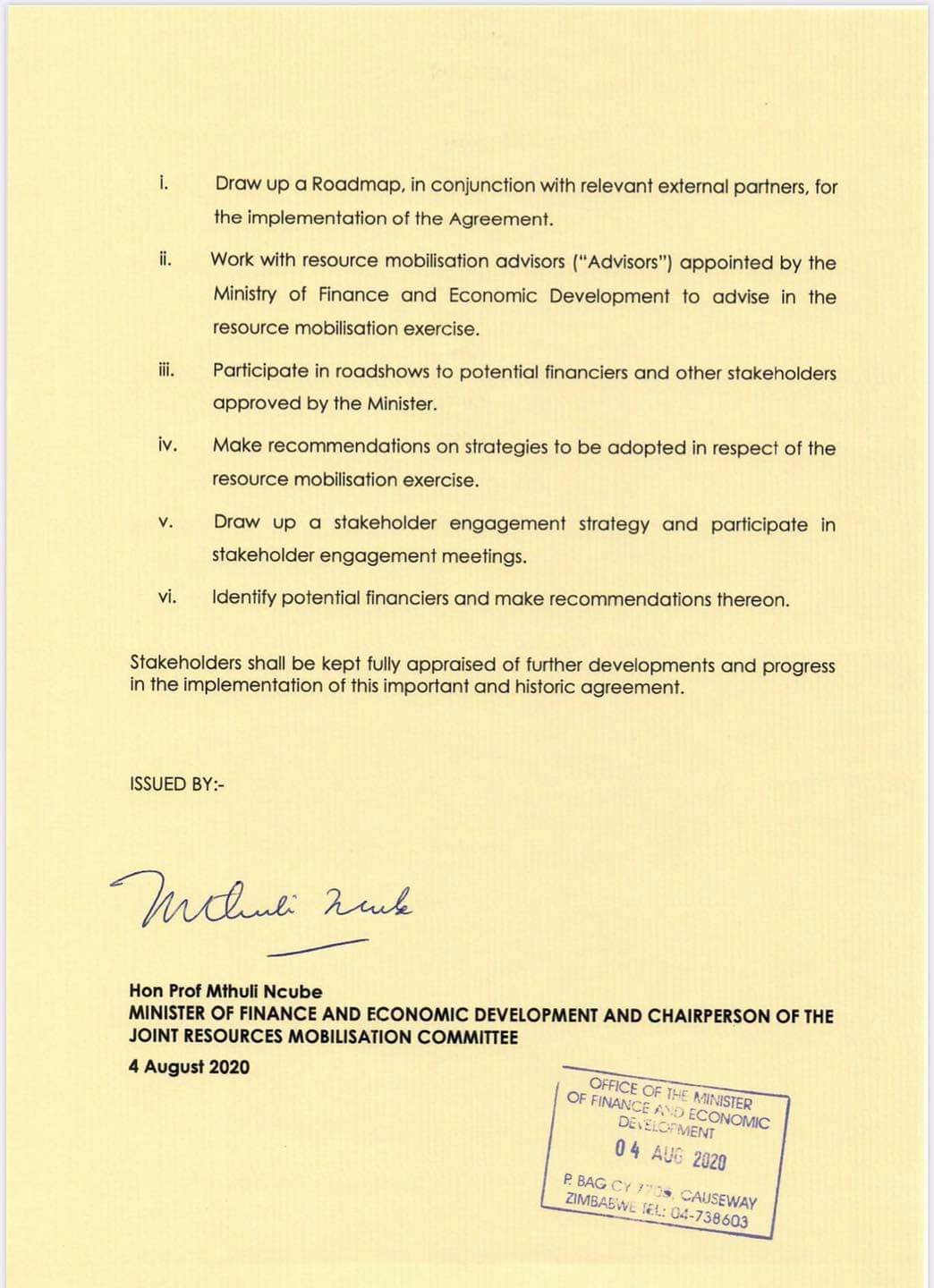 One Comment on “FULL TEXT: Communique On US$3.5Bn Compensation Agreement Between Zimbabwe And Dispossessed Farmers”