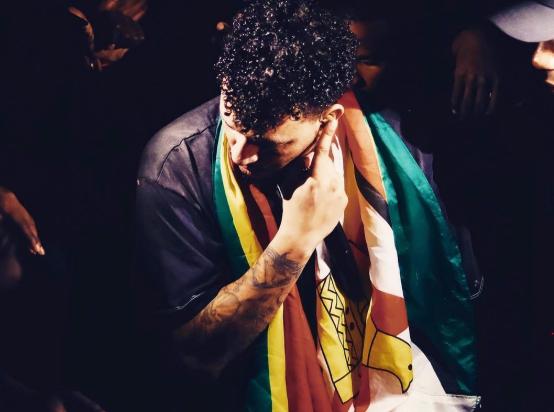 Writing on the microblogging site, AKA posted a photo of him wearing a Zimbabwean flag and said:

I would say, “I’m praying for you” … but that’s a bit over done, I’d rather just say, you’re on my mind and I hope you will be victorious soon.

The rapper also retweeted many tweets about Zimbabwe’s current affairs and the outcry by Zimbabweans and other concerned people all around the world following last week’s events.

Back home many major artistes have remained mum on the issues bedevilling the country except for Sani Makhalima and Leonard Mapfumo who said they they wished the pain and suffering would end.

I Hope You Will Be Victorious Soon – AKA To Zimbabwe