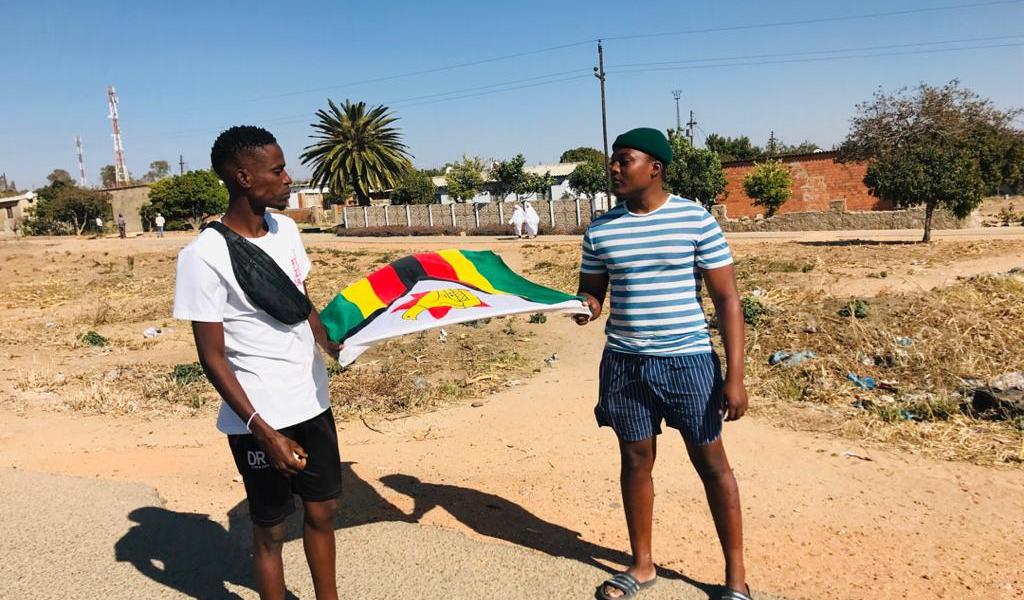 Methembe Msipha, Arrested for moving around with the Zimbabwean flag

The Zimbabwe National Students Union (ZINASU) has condemned the arrest of students for peacefully protesting against corruption and economic deterioration on 31 July 2020.

This comes after Tawanda Muchehiwa was taken from police custody by gunmen and brutally tortured for two days, while Panashe Sivindani was arrested for raising a placard denouncing corruption. Methembe Msipha was also arrested for moving around with a Zimbabwean flag.

In a statement, ZINASU Secretary-General Tapiwanashe Chiriga demanded an end to brutality and harassment of students. The statement read:

The Zimbabwe National Students Union is appalled by the continued targeted harassment of students by the military junta of Emmerson Mnangagwa.

We condemn the inhumane, cruel and satanic abduction and torture of Tawanda Muchehiwa whose only crime was PEACEFULLY exercising his Constitutional right to protest.

Tawanda’s abduction and torture sum up the character and nature of Mnangagwa’s Old Deception, whose only difference with Mugabe is lack of wit.

We condemn the senseless arrest and persecution of Panashe Sivindani, for PEACEFULLY exercising her right to protest.

We condemn the senseless and stupid persecution of Methembe Msipha, arrested for moving around with the Zimbabwean flag.

It is only an archaic dictatorship devoid of sense, out of depth and on its way to hell that feels threatened by students holding placards.

Only a government lacking the essential foundations of a social contract can fear that peaceful students can pull down its bloodstained walls.

The shrinking of civic space at such an alarming rate and the criminalization of dissent by Mnangagwa is and will be nothing more than the speeding up of his journey to political abyss together with his fellow vacuous intellectual amoebas.

The Students Union will not take lightly a regime that sees students as enemies. We want nothing less than a better, inclusive and democratic Zimbabwe with students as integral stakeholders where students concerns are addressed and academic freedoms upheld. That is not too much to ask and this is a vision we will fight for to the bitter of ends.

We demand that Emerson Mnangagwa and his merchants of terror stop harassing citizens in general and students in particular if they do not want us on their list of enemies.