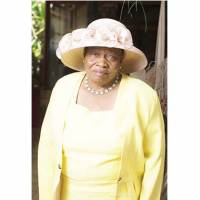 It is with regret that the founder member of Umzingwane Dairy Co-operative, Margaret Nyathi has passed on. She had a vision after visiting other indigenous dairies in other provinces to bring it to Matabeleland and worked tirelessly to ensure it happened by sourcing from donors. She managed to build the Umzingwane and company premises for the managers.

Nyathi became a full-time dairy farmer being one of the few women in the male-dominated industry after retiring from her government job. During its peak, the UDC that Nyathi worked tirelessly for reportedly used to produce up to 5000 litres of pasteurised milk, yoghurt, ice cream and dairy juices a month. Nyathi survived by her daughter, 16 grandchildren and 23 great-grandchildren.