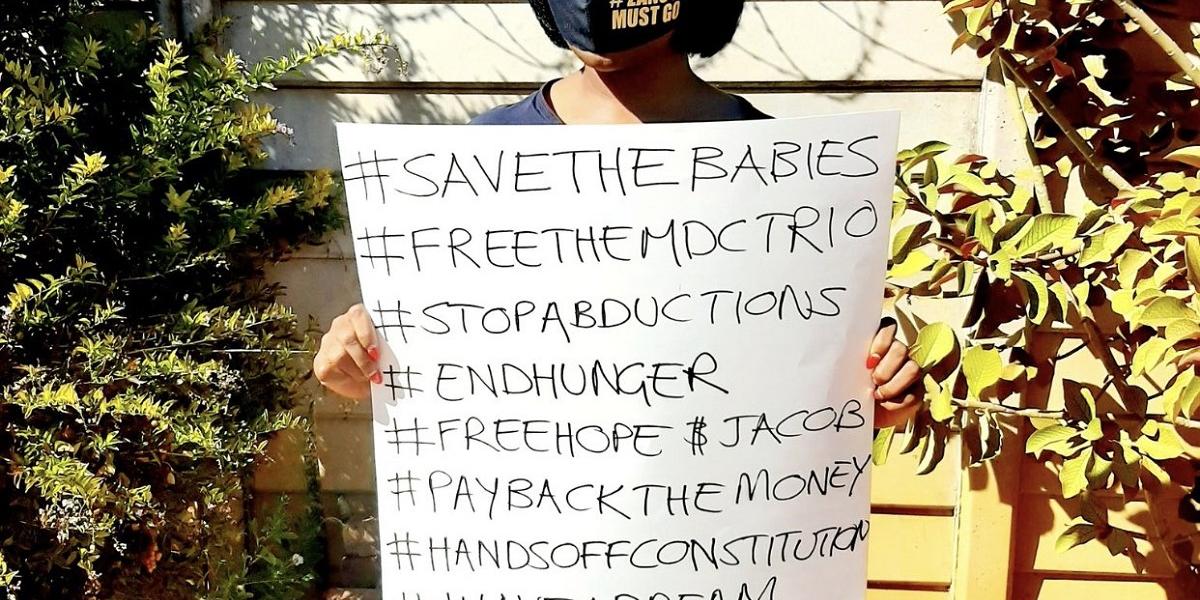 MDC Alliance spokesperson Fadzayi Mahere has narrated her arrest ordeal by police officers during a peaceful protest at Groombridge, Harare, on Friday, 31 July 2020.

Mahere said she was part of a group of seven citizens who embarked on a peaceful walking protest in their neighbourhood, within the 5km radius permitted under the lockdown regulations.

She said as they proceeded with their walk, just moments after they left the house, a vehicle without a number plate was following them and taking pictures.

Now certain that they were been followed Mahere said they managed to get a lift into a car and went to a coffee shop where they were arrested by their stalkers who were at that point wearing police uniforms.

At Harare Central Police Station, the police officers did not pay regard to the Constitution in the slightest and the officers didn’t even have a copy of the Criminal Code. Writing on her Facebook page, Mahere said:

As night fell, we were taken upstairs to our cells. There was no water, just an overflowing pit latrine. There were puddles of urine everywhere. There was no sanitizer and no soap. One of the women among us was on her period. Bloody hell.

At first, we looked at the pile of dirty blankets and figured we could not use them because they were so dirty. By the end of the night, we had used every blanket in sight and huddled up very close to each other as the cold coursed through our veins.

Mahere has, however, vowed not to stop protesting until a better Zimbabwe is born. She, alongside the other protestors, was on Saturday granted $5 000 bail each by a magistrate and ordered to surrender their passports.