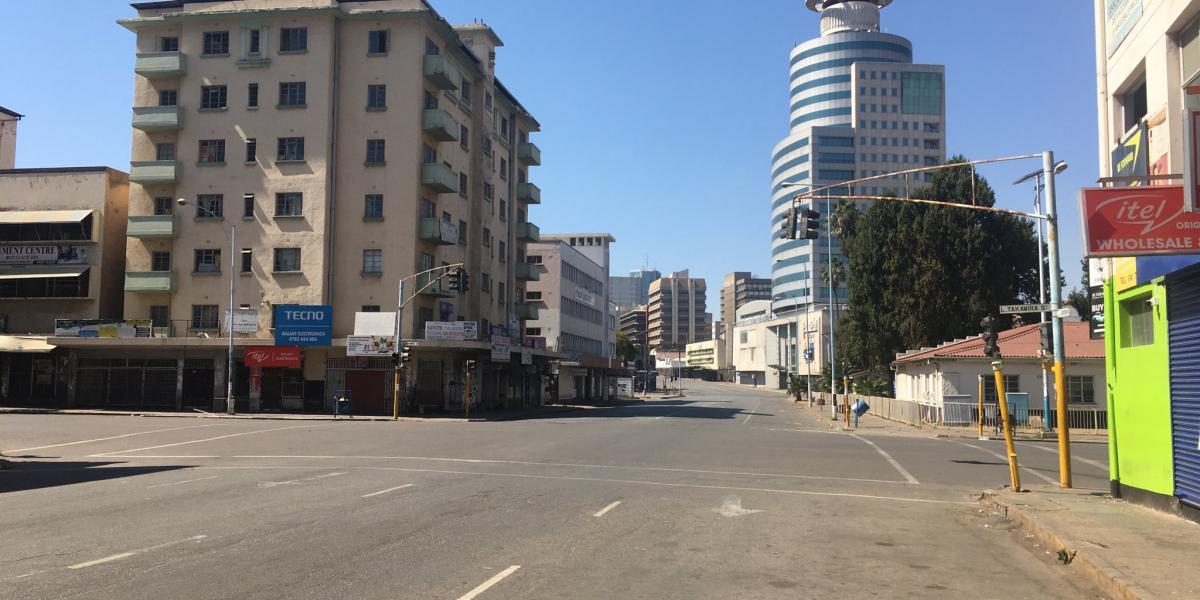 Businesses were shut down and streets deserted in several cities and towns across Zimbabwe earlier on Friday, 31 July 2020.

Soldiers and police were deployed heavily in Harare, with checkpoints on every major road leading into the central business district.

This comes after political activists and pressure groups called for protests over corruption and economic hardship.

MDC Alliance spokesperson Fadzayi Mahere and seven others were arrested. Author Tsitsi Dangarembga was also arrested while protesting in Borrowdale, an affluent suburb in the north of Harare.

The government has labelled protest organisers “terrorists” and the street demonstrations an “insurrection”.

In central Harare and high-density suburbs such as Mbare – a hotbed of past protests – businesses, including banks and supermarkets, were shut as police and soldiers patrolled the streets.

Zimbabwe’s in the midst of its worst economic crisis in more than a decade marked by inflation running above 700%.

The country is also experiencing acute shortages of foreign currency and public hospitals crippled by strikes and a lack of medicine.

Investigative journalist, Hopewell Chin’ono, who recently exposed massive corruption by government officials was arrested, while another journalist who was involved in unearthing what has been called the “Draxgate Scandal”, Mduduzi Mathuthu has gone into hiding.

The government of zimbabwe has taken advantage of the coronavirus lockdown to try to decimate the opposition, with human rights lawyers also being targeted.

One Comment on “Zimbabwe Govt Shuts Down Country To Stop Protests”