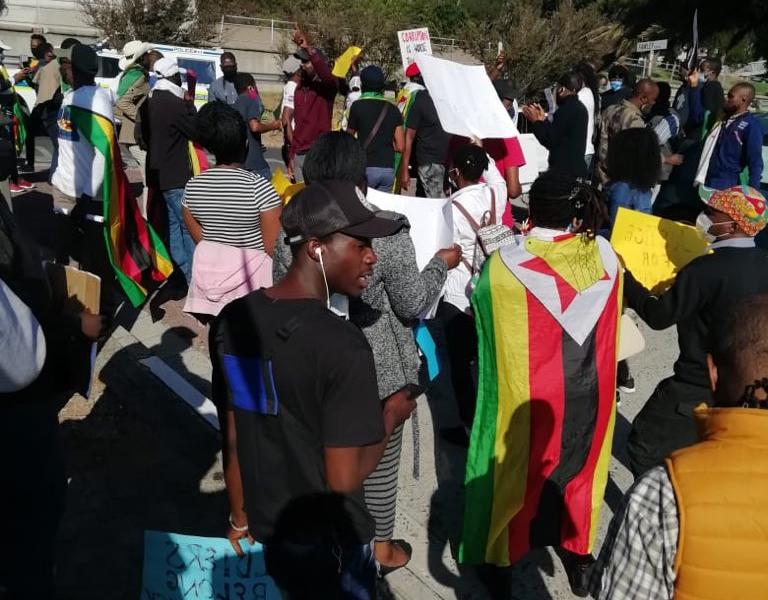 MDC Alliance vice president Tendai Biti said citizens did the right thing by staying at home rather than going about their business this Friday, the day that was set for anti-corruption protests.

Biti asserted that by staying away, the people of Zimbabwe “outsmarted” the government of President Emmerson Mnangagwa, which he called an “amoeba”, as the events of the day proved to the entire world that the country is being ruled by “irredeemable” idiots. Biti posted on Twitter:

The amoeba [a single-celled animal that catches food and moves about by extending fingerlike projections of protoplasm] and his regime will have another sleepless night tonight.

The citizen outsmarted the same by staying away. But the world was exposed to a crude farcical display of force and idiocy proof beyond doubt that he is irredeemable and the sooner he departs the throne the better.

The amoeba must know that the people will not stop or rest until he is gone. This will be a long bitter fight to the end. The way of truth will prevail. It always does. The amoeba must find an exit strategy and create a soft landing for him and his plentiful progeny. It is time!

Government officials have dismissed the protests as a huge failure as people chose to stay indoors rather than venture outside.

Security forces were heavily deployed across cities and towns, a development that probably scared off would-be protestors.

One Comment on “The Regime Will Have Another Sleepless Night – Biti”

The Regime Will Have Another Sleepless Night – Biti