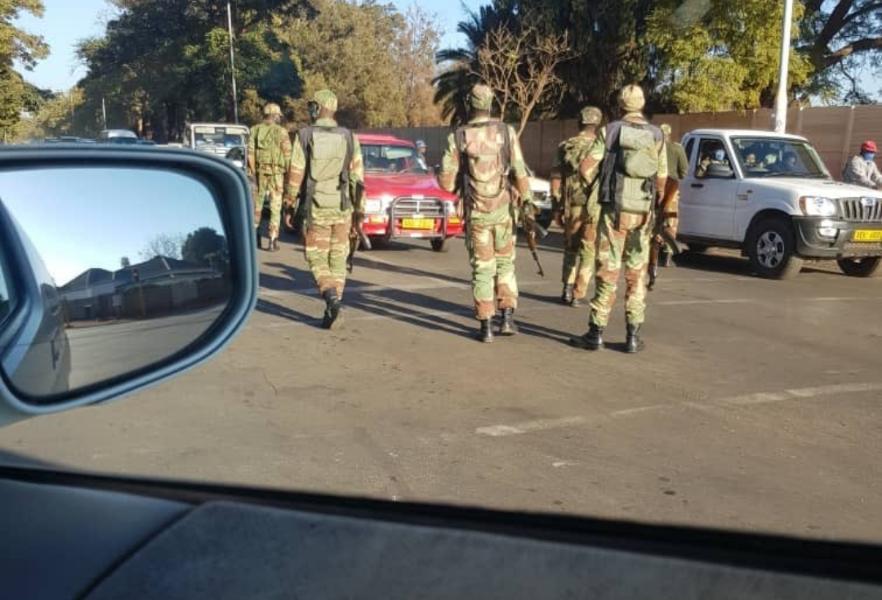 Zimbabwe’s security forces on Thursday forced people off the streets of major cities including the capital Harare and Bulawayo.

The security services ordered shop owners to close, a day before planned anti-government protests are set to take place.

Political activists, among them little-known opposition leader, Jacob Ngarivhume, who is currently in remand prison, have called for street rallies on Friday against corruption in government and economic hardships.

Meanwhile, President Emmerson Mnangagwa has labelled the planned demonstration an “insurrection” by the opposition whose agenda is to steal power from him.

The Zimbabwe Republic Police (ZRP) has issued a statement saying no demonstrations would be allowed on Friday. It said:

All security arms of government are on full alert and will deal decisively with any individuals or groups fomenting violence and sending threats or provocative messages through the social media or any other means.

Armed soldiers manning checkpoints on roads leading into the city centre were turning vehicles away.

Reports from other cities and towns also indicate that people were being ordered to return home.