The president of the Amalgamated Rural Teachers Union of Zimbabwe (ARTUZ), Obert Masaraure has posted pictures of unidentified gun-toting individuals whom he said broke into his house to kidnap him. He tweeted:

These gun totting thugs were obviously deployed by the state to break into my house and drag me to interviews with @PoliceZimbabwe Our demand for USD salaries cant be criminalised. Kidnapping my wife and terrorising my family won’t silence hungry Zimbabweans. #31July

Masaraure is on the long list of people, mostly leaders in opposition parties, trade unionists and human rights defenders, who are wanted by the police for “interviews.” 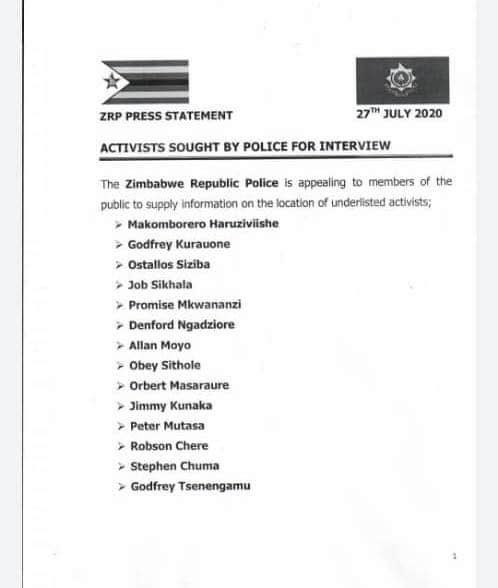 Most of them have been rallying the citizenry to participate in the anti-corruption protests pencilled for the 31st of July.

This follows the arrest of corruption whistle-blower Hopewell Chin’ono and opposition leader Jacob Ngarivhume of Transform for “inciting violence” after encouraging the masses to participate in the protests.