ZRP has published a list of activists wanted by the police for interviews. The list was published by ZBC News on Twitter and most prominent opposition parties activists are on the list. Here are the names of the activists to be interviewed:

27TH JULY 2020
ACTIVISTS SOUGHT BY POLICE FOR INTERVIEW
The Zimbabwe Republic Police is appealing to members of the public to supply information on the location of underlisted activists;

ZRP did not say much about the supposed interview or the reason behind the interview. The interviews might be in connection with the planned 31 July protests which have been met with utter hostility by the government and the ruling party to the point of telling Zanu PF members to defend themselves against protestors in case law enforcement agencies are not nearby. 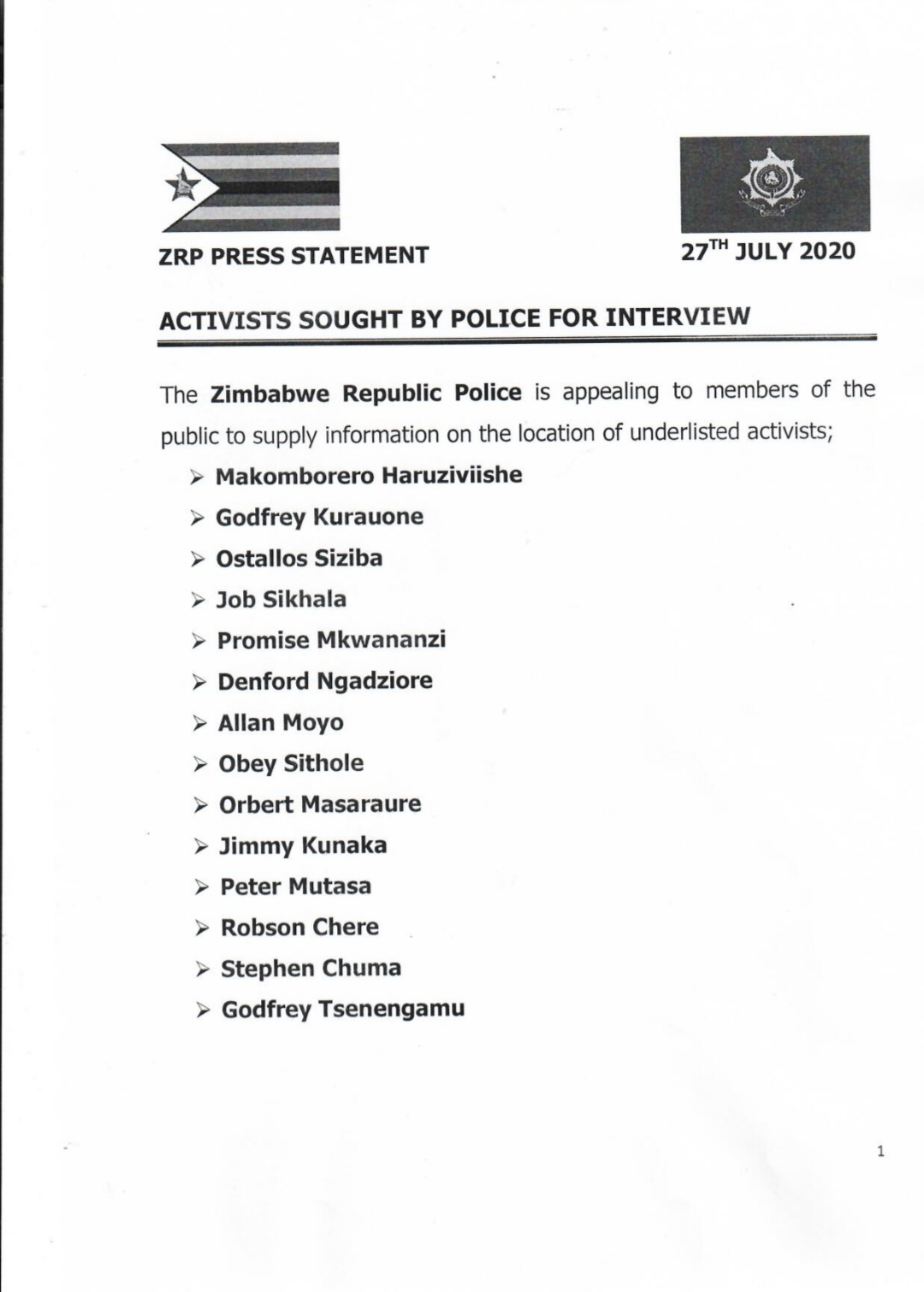 4 comments on “Job Sikhala, Peter Mutasa, Godfrey Tsenengamu Among The Long List Of Individuals Wanted By Police For An Interview”