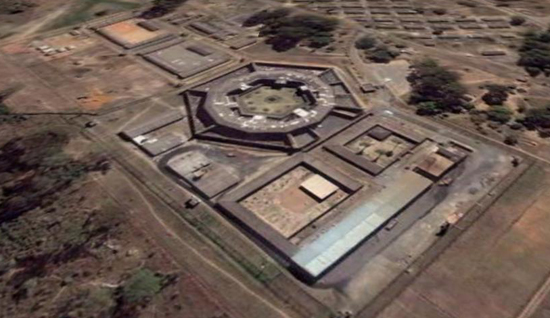 A political and social commentator, Otilia Virimai says the let-bygones-be-bygones approach in dealing with high profile crimes does not work.

Virimai argues that brushing serious crimes under the carpet means that the perpetrators will be emboldened to commit similar or worse crimes in future.

She uses Zimbabwe and South Africa as case studies – the two countries chose “reconciliation” at independence – instead of making the criminals accountable for their misdeeds.

As a result, a culture of impunity has been engendered and this will give rise to a new generation of looters and human rights violators. Said Virimai:

As we struggle against the brutality of the ZANU PF regime, I implore everyone to demand accountability once freedom is achieved.

The nonsense of forgiving people for the horrendous crimes that they commit with impunity today would be a terrible mistake. The same mistakes were made at independence.

In South Africa, they also did the same with the Rainbow Nation myth. The outcome of this approach is that those who had benefited from the oppressive system that was overthrown continued to benefit long after independence.

In South Africa, the black majority have seen little of the benefits of independence, while the beneficiaries of apartheid complain that their apartheid luxuries were inconveniently interrupted by Uhuru.

The same is true for Zimbabwe. The criminals responsible for the massacres of our people n Zimbabwe, Zambia and Mozambique were forgiven without even asking for forgiveness.

The guerillas (and later soldiers) responsible for gruesome atrocities against defenceless villagers were also never held to account. These are the same people in key positions today. What this has done is to create a culture of impunity.

Consider this: Since independence, there have been scores of scandals, Paweni, Willowgate, ZESA, ZISCO, VIP Housing Scheme, War Victims Compensation Fund, etc; with the RBZ Farm Mechanization being the latest.

People are outraged for a moment, but eventually, no-one is ever held to account. The beneficiaries of these crimes feel entitled – just listen to Gono, Mliswa, Chinamasa, et al. This breeds the next generation of looters and human rights violators.

To put an end to this, we should prosecute and imprison the guilty to set an example, and as a deterrent.

Removing current violators is only one part of the job. Our history shows that the let-bygones-be-bygones approach does not work.

If we insist on this failed approach, we will be saddling the next generation with problems that we could have solved during our time.