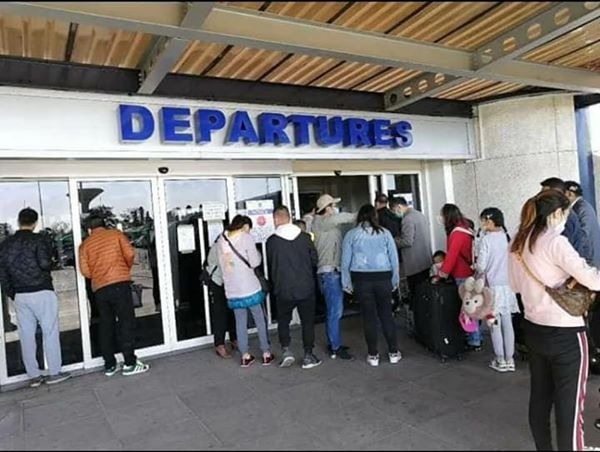 The Chinese ambassador to Zimbabwe Guo Shaochun on Thursday dismissed reports that hundreds of his compatriots are being evacuated from Zimbabwe due to an exponential rise in local coronavirus cases.

Guo claimed that only 218 Chinese citizens left Zimbabwe recently, among them, the elderly, the sick and schoolchildren. Said, Guo:

Yes, it is true that 218, not 200 Chinese left the country recently for the sole reason that some are children going to school, some are the aged over 60 and some are sick persons.

In times of difficulties, we all want to be with our families. This month, 218 Chinese nationals in special difficulties were delighted to be able to embark on the journey home.

It could not have happened without the support of the Zimbabwean Government. We are enormously grateful.

Social media reports had claimed that Chinese nationals were leaving Zimbabwe en masse fearful of the novel coronavirus crisis which has spiralled out of control.

The claims ignored the fact that SARS-CoV-2, the new coronavirus which causes COVID-19 actually originated from the Chinese city of Wuhan before spreading around the world.