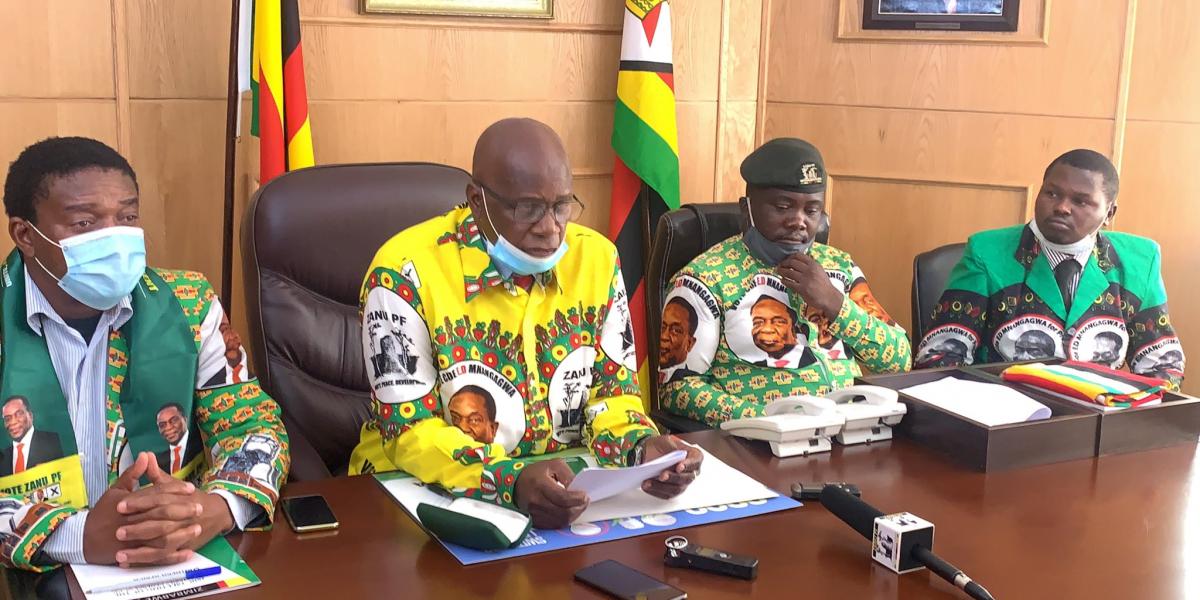 ZANU PF’S RESPONSE TO THE ALLEGATIONS MADE BY DR. ALEX MAGAISA ON THE FARM MECHANISATION PROGRAMME 2007-2008

The Revolutionary Land Redistribution Programme embarked upon by the ZANU PF Government from 2000 to date, has been a most powerful and effective tool of empowering the previously disadvantaged black population of Zimbabwe and has made the Zimbabwean population, postcolonialism, one of the most empowered populations regionally and continentally.

It is this Revolutionary Land Programme that provoked the imposition of sanctions against Zimbabwe and undermined and devastated its economy.

In response to the deteriorating economic situation, the Government then adopted and implemented extraordinary interventions to address the prevailing situation. The interventions were in all sectors of the economy.

In the agricultural sector, the interventions required that Government should subsidize the new farmers so that the new farmers can produce food and raw materials for the manufacturing sector more cheaply.

The following interventions were introduced:

These government interventions were intended to develop the capacity for all categories of farmers in order to render the Land Reform Programme a success.

The Farm Mechanization Programme was undertaken as an empowerment tool for the farmers and was not a loan but a subsidy.

The allegations by Dr Alex Magaisa rubbishing the State Interventions of the nature carried out under very difficult circumstances are a frontal brazen attack on the Land Redistribution Programme.

They are a direct attack on the capacity building initiatives for new farmers by the government in more similar programs by successive Rhodesian Governments from 1923 which solely favoured whites and completely discriminated the majority blacks.

As a member of the MDC-T, he will be aware that his Party was founded and funded by the British through the Westminster Foundation specifically to oppose the Land Redistribution Programme.

Dr Magaisa will not forget that it was his party which called for the imposition of sanctions against Zimbabwe.

The attack on capacity development interventions by the government aimed at enhancing productive farming as well as keeping the economy afloat is an attack on the general Zimbabwean population.

The empowerment programmes or initiatives were not confined to agriculture but encompassed the Health Services Sector through a programme named the Health Sectors Skills Retention Scheme, the support given to Parliamentarians across the political divide, Chiefs, Headmen and rural people who also benefited from the mechanization programme and were provided animal-drawn implements, the BACOSSI empowerment programme which provided food hampers benefited 1.5 million households, Local Authorities, Hospitals and Parastatals including companies in the Private Sector. The list is endless.

ZANU PF has no apologies to make for the Revolutionary Land Distribution Programme embarked upon from 2000, it makes no apologies for the government interventions in the various sectors of the economy including the Farm Mechanization Programme to empower its new farmers in order to render the Land Reform Programme successful.

ZANU PF is proud that over the past 20 years, under very difficult circumstances, it has managed to keep the revolution on course, and will not be distracted by the machinations nations of the opposition founded and funded by foreign interests to oppose the Land Reform Programme and the Political and Economic Empowerment of the population.

The opposition and its supporters instead preferred to be empowered through receipt of allowances and pittances given to them by foreign forces through the intelligence services of countries which imposed sanctions against Zimbabwe.

Governments the World Over subsidize farmers. The key ingredient in Agricultural policies the world over is to produce food and raw materials to feed into the manufacturing sector more cheaply.

Programmes of subsidy include mechanization, fertilizers, farm infrastructure such as irrigation.

This is a major policy in most countries including China, USA, Australia, Europe, Russia, India et cetera.

Zimbabwe should not be an exception more so in an evolving situation where the country had a new crop of farmers previously discriminated against. The need for subsidies was and is more imperative.

All Zimbabwean farmers both communal, old Resettlement, A1 and A2 farmers must realize that they are under attack by a resurgent Rhodesian hand which is trying to portray our empowerment programmes through government as looting and corruption.

If there was any corruption, it was the theft of land by whites from blacks and the attendant livestock thefts where they took livestock from black Zimbabweans without compensation, a situation that the ZANU PF government is seeking to reverse and address.